Sydney FC coach Ante Juric has lauded Lisa De Vanna for her extra-time goal against Newcastle, backing her to do the same in Sunday's W-League decider with Melbourne City.

The sight of Matilda’s star Lisa De Vanna's composed finish in extra-time to put the Sky Blues into this weekend’s grand final was the highlight of last weekend’s win against the Jets.

Juric is looking to his star forward to be in the big moments again this Sunday against Melbourne City.

“The grand final is where we have our experienced players like Lisa and where the champions of the game need to lead in their own way,” he said. 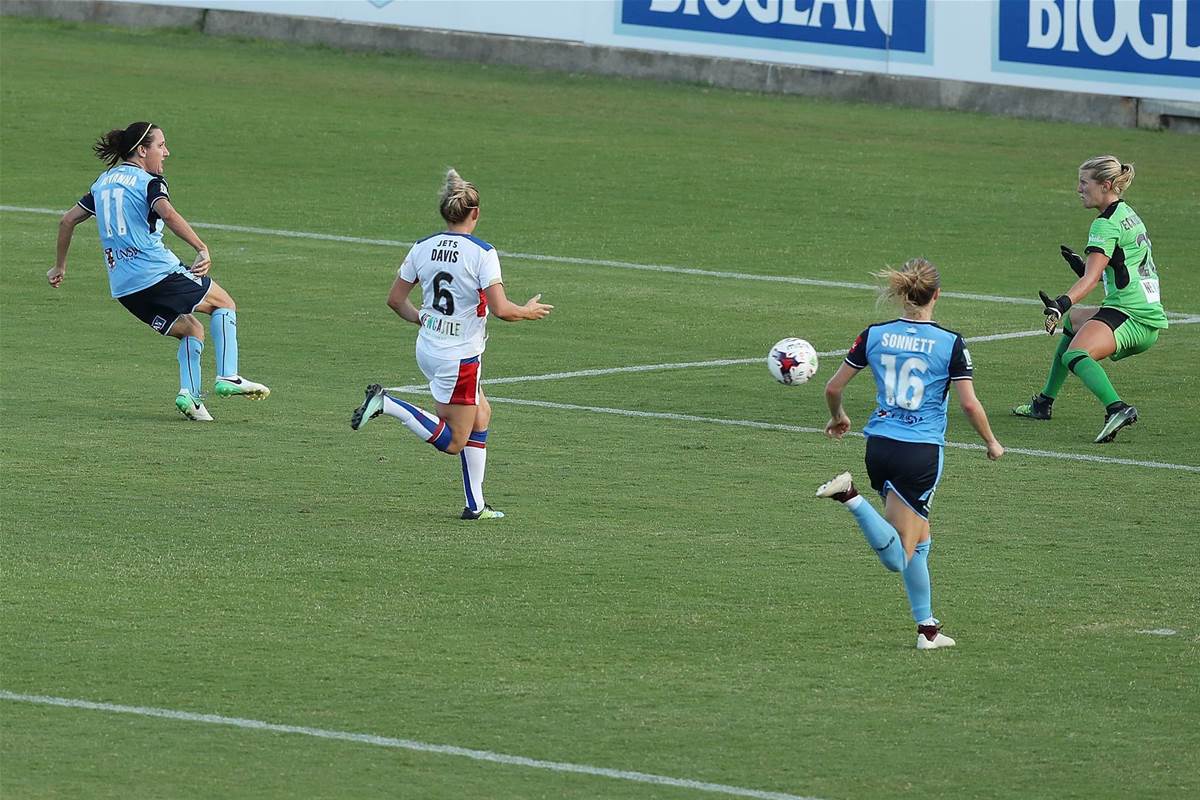 “Seeing that goal go in was a huge relief,” she said.

“We were absolutely gutted to let Newcastle’s second goal in. It felt like a knife through the chest.

“To be honest De Vanna was a bit upset with herself about that second goal, she kind of blamed herself.

“Before the goal she had passed the ball back to Newcastle and then the counter attack that they went on led to them scoring.

“But I knew we would come back and we were confident to get another goal.

“So, credit to her but and the ball from Emily Sonnet, it was fantastic. Her run from defence and everything about it was awesome and for De Vanna to finish it off was quite fitting.”

Juric also revealed that he was fuming with his star striker’s error but lauded the Matildas star for keeping her head.

“I was little bit angry in my head because of her mistake, she usually has better quality than that,” he said.

“So as soon as it happened I actually went to Lisa and said not to worry about anything.

“Just keep going, it’s all good, let’s go and she did well and responded well and that’s all you can ask.”

“When she scored it was an amazing feeling,” she said.

“Especially since the Jets scored in the last five minutes of the game and I could see how gutted she was.

“So, her desire to keep focused and not lose her head in that moment and for her to be able to really pull through for us girls was really amazing.

“It showed how much her experience shined through.”

Ahead of Sunday’s W-League decider, Polias said the Sky Blues will have to avoid making mistakes like they did aganst the Jets when they take on Melbourne City on Sunday.

“Going in to a grand final we can’t drop off like we did last week, it’s an absolute no, no and we have to learn our lessons from that as well,” she said.

“While it’s a happy time and the result worked out well in the end, we need to really take that lesson from the events of the game into the grand final."