This season an Australian has the chance to rewrite history in women's football, as Joe Montemurro's Arsenal seek to become the David to Lyon's Goliath.

The greatest club in women's football is Lyon.

This is an undisputed fact. So entrenched, it belongs in the realm of 'what goes up, must come down', E = mc2 and Sam Kerr will win the NWSL golden boot.

A whopping 13 of the 55-woman shortlist for FIFA's World XI selection play for Lyon. That's more than half their squad, which means even Lyon's reserves are some of the greatest players in the world.

Les Fenottes are so historically dominant - winning the last four straight Champions League titles - that Europe tends to get a little weak at the knees when that operatic theme song kicks off and they strut onto the Champions League turf.

“The first time I played against them, I remember thinking this was next level,” English defender Lucy Bronze once told The New York Times.

“The big stadium, the huge crowd, the superstar players. We barely touched the ball.”

At that stage Lyon had lost two league matches over the past nine seasons. So it makes sense then, that if the Lyonnais are ever going to be taken down a notch, it's going to take an outsider.

Someone who didn't grow up idolising Lyon, who has emerged from outside Europe's tight-knit footballing fraternity to approach the game with no fear. In short, it's going to take an Aussie from Brunswick.

We all know Joe Montemurro's got the goods. He dominated the W-League with Melbourne City and fluently transitioned that success onto the world's biggest stage with Women's Super League giants Arsenal.

And while Montemurro is an outsider to the competition, Arsenal aren't. They're the only British team to have won the Champions League back in 2007. 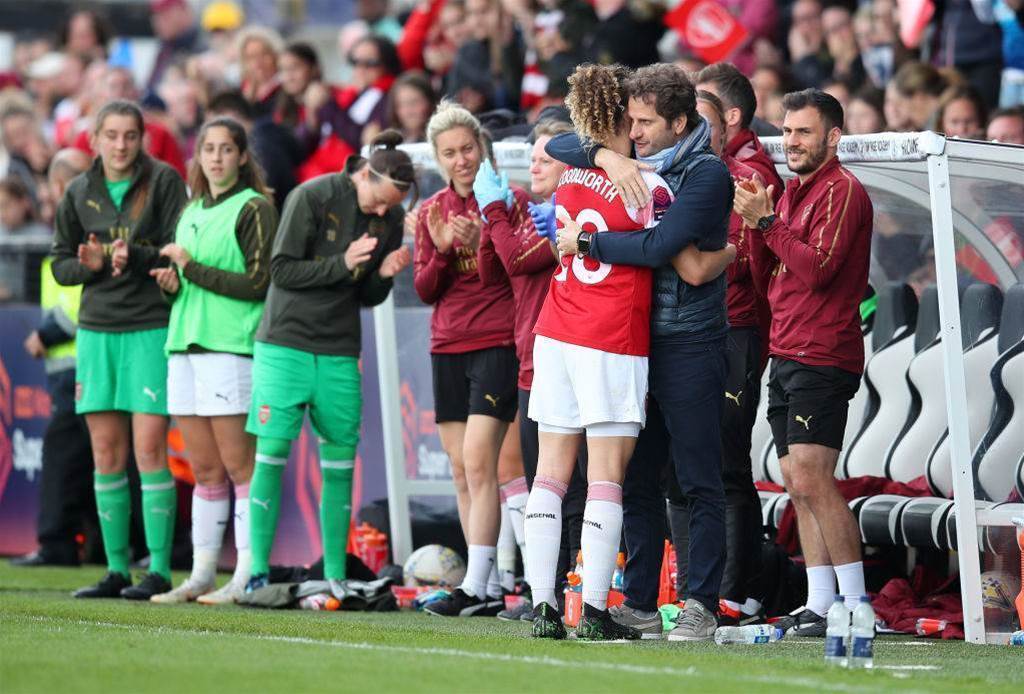 The reigning WSL champions have set new standards over the past season, currently lead this campaign and have gotten off to a belter in the Champions League, demolishing Lisa De Vanna's Fiorentina 4-0 yesterday morning.

They now seem shoe-ins for a Round of 16 berth, where they will inevitably join Lyon, who should be able to somehow scrape through themselves after a 9-0 first leg win against Russia's Ryazan VDV.

They're not the only big hitters; the familar names are back in the running with Wolfsburg, Bayern Munich and Barcelona winning their first legs. If you're into dark horses Slavia Praha also always give a good account of themselves in this competition.

But this season, an Australian has the best chance of dethroning Lyon yet. His secret weapon comes in the form of the Netherland's superstar Dutch striker Vivianne Miedema, who at 23-years-old is already her nation's all-time leading goal scorer.

The phenomenal striker is at the pinnacle of women's football and in red-hot form, as Matildas fans will remember all too well from the Netherlands sweeping aside Australia back in June.

It's not just on Miedema either, with Arsenal boasting five different goal scorers in their last two matches.

The signing of Jill Roord from Bayern Munich has so far proven a masterclass, with the Gunners' overwhelming stockpile of attacking midfielders too hot to handle.

With Miedema up front, Arsenal's versatility across the park under Montemurro is where they can really hurt Lyon. This season they've seemed equally adept boxing teams out with measured defensive play or aggressively pressing from the front.

Montemurro grew up on catenaccio and now wants to play like Barcelona. When it works, as it has for the past year or so, it's formidable to watch.

Sure, some say it will take a miracle. The last time an Aussie won the Champions League it took a miracle as well.

But against all the odds, an Aussie has got one of football's superpowers running on confidence alone and judging by the message coming out of Arsenal itself, they've already firmly set their target.

"As an English player you want to see an English team knock (Lyon) down a peg or two," Arsenal's Beth Mead said recently.

"I want to see them knocked down. We'll see if someone is able to do it one day soon."