The Matildas have long thrilled their fans with dramatic and entertaining games on the biggest stage.

We’ve seen clutch wins from recent tournaments, bringing with them increased media coverage and unprecedented fan engagement, along with pivotal moments from earlier in the Matildas' World Cup history, no less important in growing the team's popularity and success.

Here are five of the very best.

5. Kerr’s four-goal haul secures the Matildas a place in the Round of 16

The equation was simple for the Matildas in the last group match of the 2019 World Cup.

Win big and they go through to the next round, also avoiding an unwanted clash with France or Germany in the Round of 16.

The opponent was Jamaica – lowly ranked but with some dangerous players and a lot of spirit. The Matildas' best chance of achieving their objective still seemed to rely on captain Sam Kerr finding her best form.

Nerves were settled early with two pinpoint headers from Kerr in the first half. She was delivering exactly what the team and the fans had wanted all tournament.

The Aussies were in control and dominating the game, but with a healthy goal difference needed to ensure their safe progression, there was work still to be done.

A momentary lapse early in the second half allowed the Jamaicans to pounce, with a slicing through ball finding Havana Solaun who rounded Lydia Williams and pegged one back. The Matildas were looking rattled and likely to concede an equalizer.

Kerr came to the rescue, showing poachers instinct during a goal-line scramble to thump her hat-trick goal home after a deflected cross from Hayley Raso. She wasn’t done yet, and through sheer determination struck a fourth time in the closing stages, showing no mercy from close range after an unfortunate mistake from the Jamaican goalkeeper.

The Matildas were winners 4-1, scraping into the top 2 of Group C only thanks to that last desperate goal from Kerr.

The game might have been shaky from a team perspective but it was a masterclass from Australia’s best football player – single-handedly dragging her team into a stronger position in the tournament.

Becoming the first Australian of any gender to score a hat-trick (let alone four goals) in a World Cup is a tremendous achievement that will take some beating. 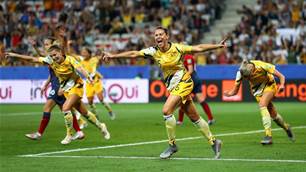 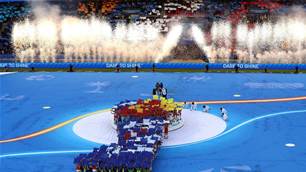 What would the 2023 World Cup in Australia actually look like?