Australia have defeated Norway 4-3 in their opening match of the 2018 Algarve Cup at Estadio Municipal de Albufeira, Portugal.

First half goals from Clare Polkinghorne, Chloe Logarzo and Sam Kerr saw Australia take a 3-1 lead at the break.

Norway fought back in the second half before Polkinghorne secured a late winner for Australia with the final kick of the match.

The highest ranked nation at the tournament and coming in on a 10 match unbeaten streak, Australia started the match confidently with Katrina Gorry looking to test goalkeeper Ingrid Hjelmseth early but the Norwegian custodian easily claimed her early long range effort.

In the 10th minute Logarzo and Kerr looked to combine but Kerr’s effort was denied by an excellent block by the Norway defence. 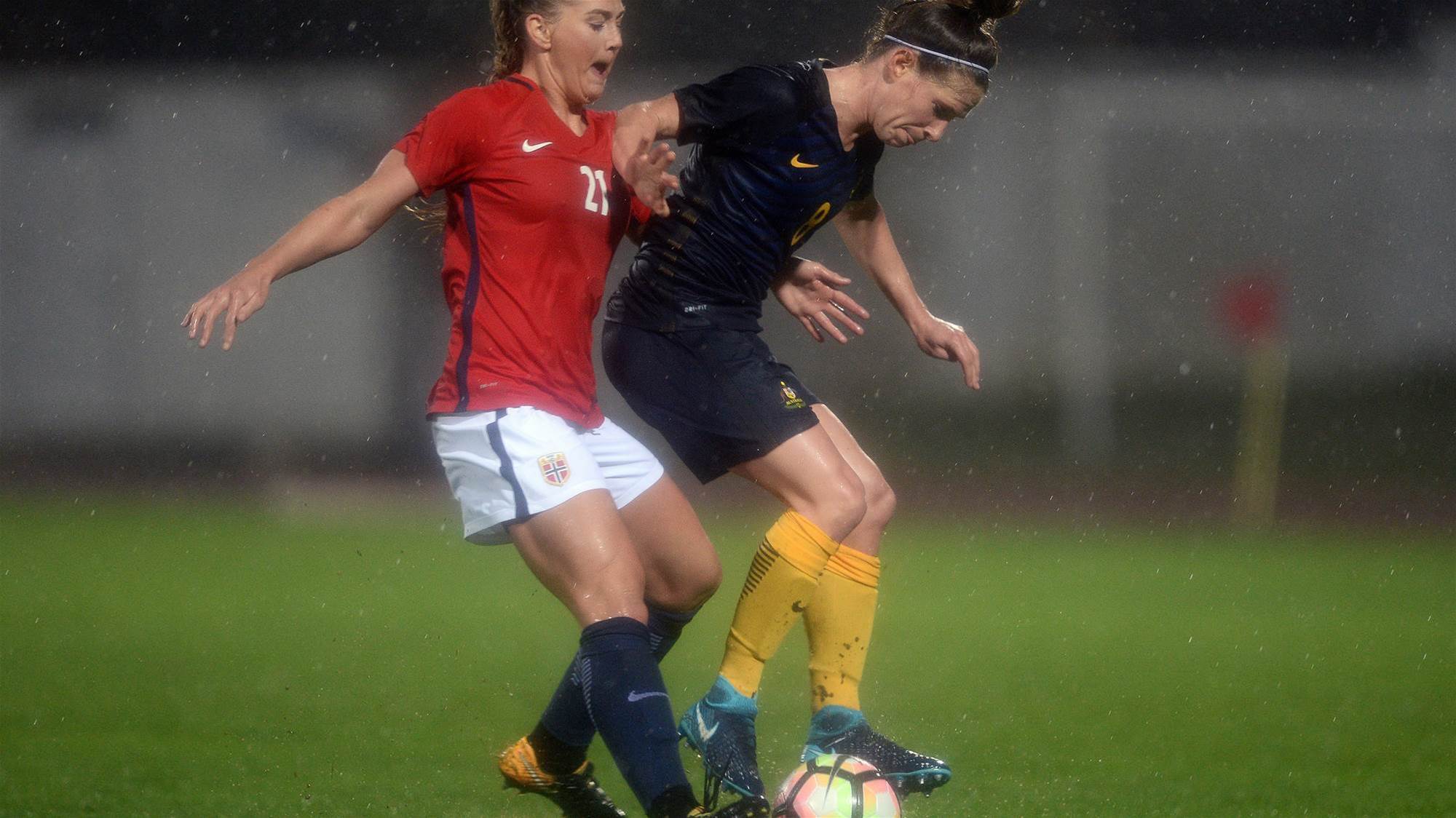 Having survived the early scares, Norway took the lead when Kristine Minde finished off a strong run down the left wing with a low cross which was turned home by Canberra United’s Elise Thorsnes.

Celebrations barely completed, the Matildas hit back quickly with Clare Polkinghorne producing a towering header off an Elise Kellond-Knight inswinging corner to bring the scores level.

In the 15th minute the action continued with Guro Reiten firing a low travelling shot just past Mackenzie Arnold’s goal.

From there Australia took control of the match with Kerr firing over from 25 yards in the 17th minute.

Kerr was again in the action minutes later as she found space in behind the defence to cut back to De Vanna but the Norwegians managed a timely block. 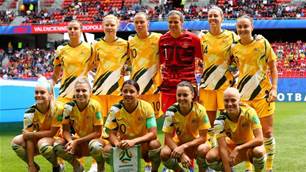