Matildas coach Alen Stajcic has shrugged off losing the Tournament of Nations crown to the USA – and insists his sights are set on the World Cup in France next year.

The Matildas were undefeated at the second edition of the ToN but it wasn't enough to keep their grip on the trophy.

The USA smashed Brazil 4-1 to take the glory on goal difference despite Australia's wins over Brazil and Japan and their 1-1 draw with the host nation.

But Stajcic was upbeat about the result and the performances of his squad.

"We reminded the sport's world number one that we're a force to be reckoned with," Stajcic told Optus Sport. "But the bigger prize is in one year at the Women's World Cup in France.

"There were positives and negatives from this campaign for us to reflect on as we build towards that ultimate goal."

Stajcic hailed the mental toughness of his side, especially players who had to play four games in 10 days because they turned out for their club the weekend before the tournament kicked off.

"It was a courageous campaign," said Stajcic. "I was also pleased with our defending  – both organised and desperate – and our play on the counter attack."

The coach identified the team's struggle to play out from the back as an area to work on to return to the levels shown in previous games over the last 18 months.

He added: "We weren't playing the ball out as we might have liked but as the hosts started to gain momentum we showed fantastic desperation to react to the circumstances.."

He also spotlighted the performances from Hayley Raso and especially Ellie Carpenter: "I thought today she was unbelievable. I thought she turned the game for us."

"What a great experience for them and see some of the best players in the world first hand," said Stajcic.

Now Stajcic has hinted at a packed programme of games ahead in preparation for France 2019.

He added: "There will be a bit of analysis before we begin a very busy calendar.

"We should have some announcements for more games at home and abroad for later this year." 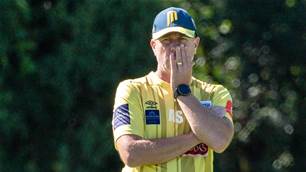 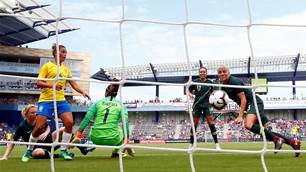