It was the celebration that brought a tear to your eye.

Thailand may have been down 4-0 against Sweden on Sunday night but they celebrated their goal as if it was an injury time winner.

“This goal meant a lot to us, its a difficult goal playing a great team like Sweden," head coach Nuengrutai Srathongvian said.

"It meant all our preparation paid off and we had a lot of chances today.

"This one goal made us laugh, made us smile and made us happy.”

However, no moment will beat the emotion the team's general manager Nualphan Lamsam showed during the celebrations of Kanjana Sung-Ngoen goal.

The Thailand bench is overcome with emotion after their first #FIFAWWC goal against a higher-ranked country.#OptusSport #SWETHA pic.twitter.com/7QR8iSigXN

Some may be asking the question 'why?'. Why did they celebrate that way?

Unfortunately, Thailand is just one of many nations at the World Cup highlighting the inequalities between teams. While Thai football is on the rise with the women's winning the past three AFF Women’s Championship and qualifying for back-to-back World Cups, there are still issues.

This is where Lamsam has stepped in.

The 53-year-old is the chief executive of one of Thailand’s largest insurance companies, Muang Thai Insurance, a family-owned company which is also a sponsor of country's women’s league.

Some players in the national team are employed as sales representatives by the company if there are extended periods without training and matches.

It gives players a regular paycheck during the season but at the same time allows them to focus on football without worrying about other jobs and during World Cup qualifying, Lamsam doubled the bonuses paid to the players.

She also reached out to Thai popstar Thongchai ‘Bird’ McIntyre ahead of the World Cup to get the team to be part of his show for two reasons; one to raise fans’ interest and grow confidence within the players.

While Thailand's hope of reaching the next round are slim, the heart they've shown in just their two games has won over a legion of new fans and those are the moments that are never forgotten. 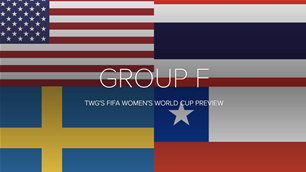 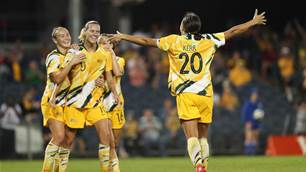 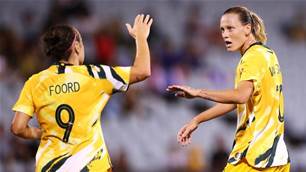