Sydney FC will be equally inspired by defender Caitlin Cooper and rallying around injured Amy Harrison ahead of tomorrow's blockbuster W-League semi-final against Newcastle Jets.

The Sky Blues finished second in the W-League regular season and face the Jets at Sydney’s Leichhardt Oval for a spot in the 2017-18 Grand Final.

However, getting to this point hasn’t been without its hardships.

After being out for a year, Matildas' star Amy Harrison tragically suffered a second serious knee injury during the round 10 fixture against Newcastle, ending her W-League season and ruling her out of April’s Asian Cup.

While earlier in the season, Sydney defender Caitlin Cooper revealed her family have been caring for her ill father Jeff, who has been battling Motor Neurone Disease over the past 18 months.

Sky Blues coach Ante Juric told FourFourTwo that Sydney FC are being inspired by Harrison and Cooper ahead of tomorrow’s W-League semi-final against the Jets.

"We strive to win for our families because you work so hard for people like Amy and Caitlin," he said.

“Losing Amy in that game was very emotional. I shed a little tear I must admit during my speech at half-time because they're the people you end up loving in a sporting manner.

“Our team is built on work and heart for each other and when you lose one of the players you have been training and coaching all season, it’s emotional and difficult. 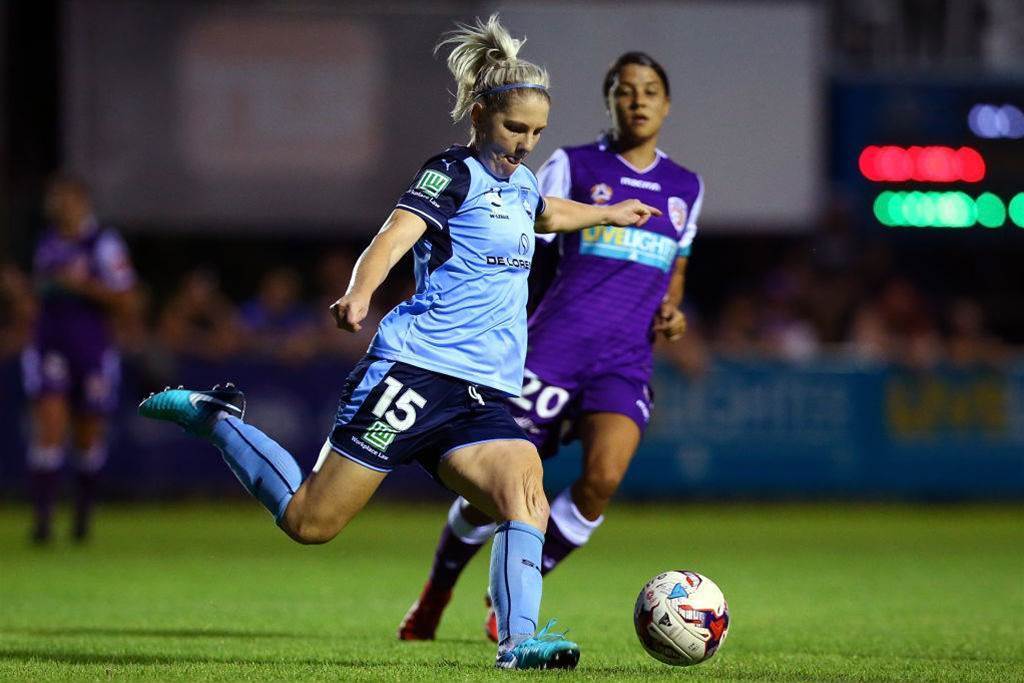 “So, it’s for all these people we play for, it’s for everyone that has been a part of this season and if we get to the Grand Final that would be nice.”

Meanwhile fellow Sydney FC star has Lisa De Vanna implored the Sky Blues faithful to turn out in big numbers and cheer on the Sky Blues at Leichhardt Oval tomorrow afternoon at 4:45pm.

“It’s so important that we get a big crowd,” she told FourFourTwo.

“A prime example is the Matildas when we played at Penrith and we had over 17,000 people cheer us.

“It was such a big advantage, it’s like having an extra player on your team.

“The more people that come down and watch and support us the better and not just for Sydney FC but for the future of football.

“Parents should take this chance to bring their girls and boys to the game and see two good football teams play good football and see the stars of our game in action.”