Sydney FC completed the week with three additional signings to finish their offseason roster of 21 players.

After having secured the commitments of 18 players, Sydney FC announced their final three signings of the season at the end of last week.

They started by luring two young players from other teams: Jessika Nash and Sarah Hunter.

Jessika Nash had a standout rookie season last year with Canberra United. The defender featured in every single game for the club and ended the season as a Young Footballer of the Year nominee.

Sarah Hunter also played her rookie season last year, albeit with cross-town rivals the Western Sydney Wanderers.  Featuring in nine of the team's games, the midfielder found the back of the net twice.

The club hopes that the addition of both youngsters, 16 and 17 years old respectively, will not only strengthen the team but also help with their individual developments.  Both have been signed to one year contracts with Sydney FC.

The final signing of the year was veteran Ellie Brush.  A member of Sydney FC for the last two seasons, Brush has played in every single W-League season since its inauguration with the exception of the 2018-19 campaign.

She also brings added international experience having played in the United States and Norway as well as having two Matildas caps. Brush missed the end of the 2020-21 season due to injury and is currently progressing in her recovery.  She should be available at the end of the year.

Brush, who also signed a one year contract, was the last player added to the 2021-22 Sydney FC roster. Their final squad with numbers is: 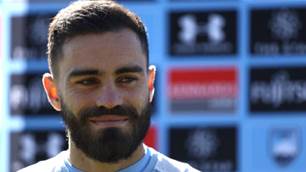