They’ve come up against other fans, nuclear scientists, police forces and in their most recent game a lightning storm.

Originally from Russia, Suppoteroos founder Petr Kuzmin saw an opportunity to do something special when the 2018 World Cup was played in his home country.

“About a month before the World Cup I set up a Facebook group, it was a big leap of faith I didn’t really know how people would react to it but people starting signing up,” he said.

Online sign-ups were one thing but Petr still wasn’t sure if anyone would show up until the day of the first match in Russia.

Like the Socceroos, the Supporteroos were up against French opposition setting up the match with the help of a network called Fans Embassy who assist teams set up fan friendlies all across Europe.

“Our youngest player was 12 and our oldest 64 and we all came together on the day and met each other for the first time. We conceded two goals early but managed to come back and win 6 - 3,” Kuzmin said.

The on field victory came after Petr was interrogated for a few hours by Russian police who were concerned about the potential for violence. They had little to worry about as the teams enjoyed drinks afterwards and the Australian’s came up with their name the ‘Supporteroos’. 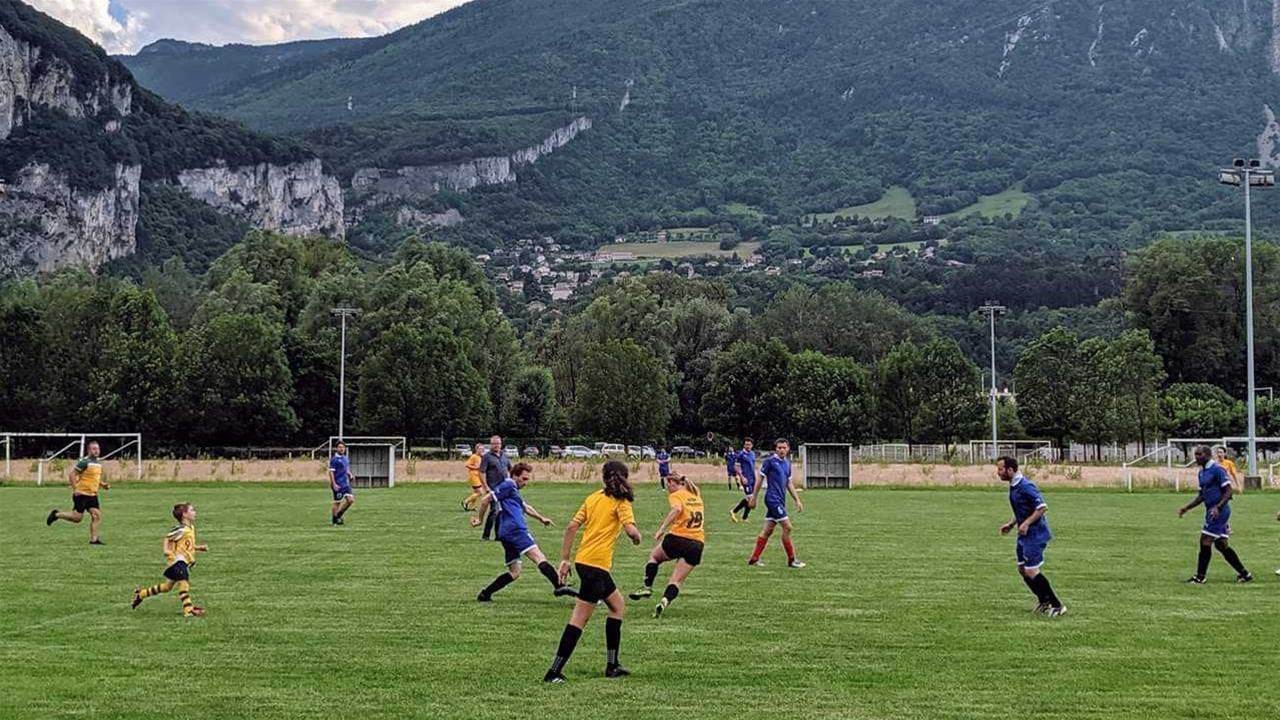 The Aussie Supporteroos playing in Grenoble

While there haven’t been any police interrogations in France the Supporteroos have had to deal with other obstacles, namely finding opposition in each of the host cities.

However, once opposition was found it ended up being a great experience for both sides.

“We’ve mostly played local fans. In Valenciennes, we played against the Valenciennes Ultras, so the Ultra supporters of the local team," Kuzmin said.

"They turned out to be the sweetest guys, we started as nine v nine but we had a family come with a five-year-old and an eight-year-old so they allowed them to play making it eleven on nine and let the kids score a few goals.”

In Grenoble, the Supporteroos came up against a team made up of nuclear scientists who work at the research centres and universities. An extra surprise came in the form of the second half referee and current A-League chief, Greg O’Rourke.

“Grenoble was a special experience, it was an evening game with a very big turnout for us with more female players than male players," Kuzmin said.

"Afterwards, they had a barbeque for us and the setting was spectacular, we had the mountains all around us and we stayed almost until midnight.”