Fever have claimed their first win of the 2019 season with a 63-61 victory over the Magpies in a tight and physical match.

It was the first official time Magpie Nat Medhurst had taken on her former club while Fever welcomed back captain Courtney Bruce who had been missing from their last three matches.

It went goal-for-goal for much of the first quarter but it was the Fever who managed to settle and take control of the match, taking a four-goal lead into the first break.

However, a recharged Magpies came out applying incredible defensive pressure, forcing turnovers and transitioning well into their attack end.

Medhurst showed no signs of pressure, shooting confidently at 87% and creating great space for goal shooter Shimona Nelson while down the other end goal keeper Geva Mentor was having a huge game with three major intercepts.

They were able to close the gap to just two by the major break.

It was a back-and-forth third quarter with no momentum shifts either way, a tight tussle with two or three-goal difference for most of the quarter.

However, the Magpies got to within one goal with just two minutes to go but Fever were doing everything right to hold them off.

Fowler was immense missing only one goal for the match and shooting 51 of her team’s 63 goals.

The final quarter again ended with no bonus point awarded, 14 goals apiece, and the Fever clinched a two-goal victory over the Magpies.

A third-quarter demolition job has propelled the Lightning to a fourth consecutive win with the Queensland team coming away with a 72-61 victory.

The Giants ground their way to a three-goal lead in the first half but Lightning dialled up the pressure at both ends from the opening seconds of the third quarter. The Lightning piled on an incredible 25 goals for the quarter as the GIANTS lost the reins in defence and saw the game slip away.

The Lightning finished the quarter in front 55-47, with goal defence Karla Pretorius holding Jo Harten to five goals for the quarter. 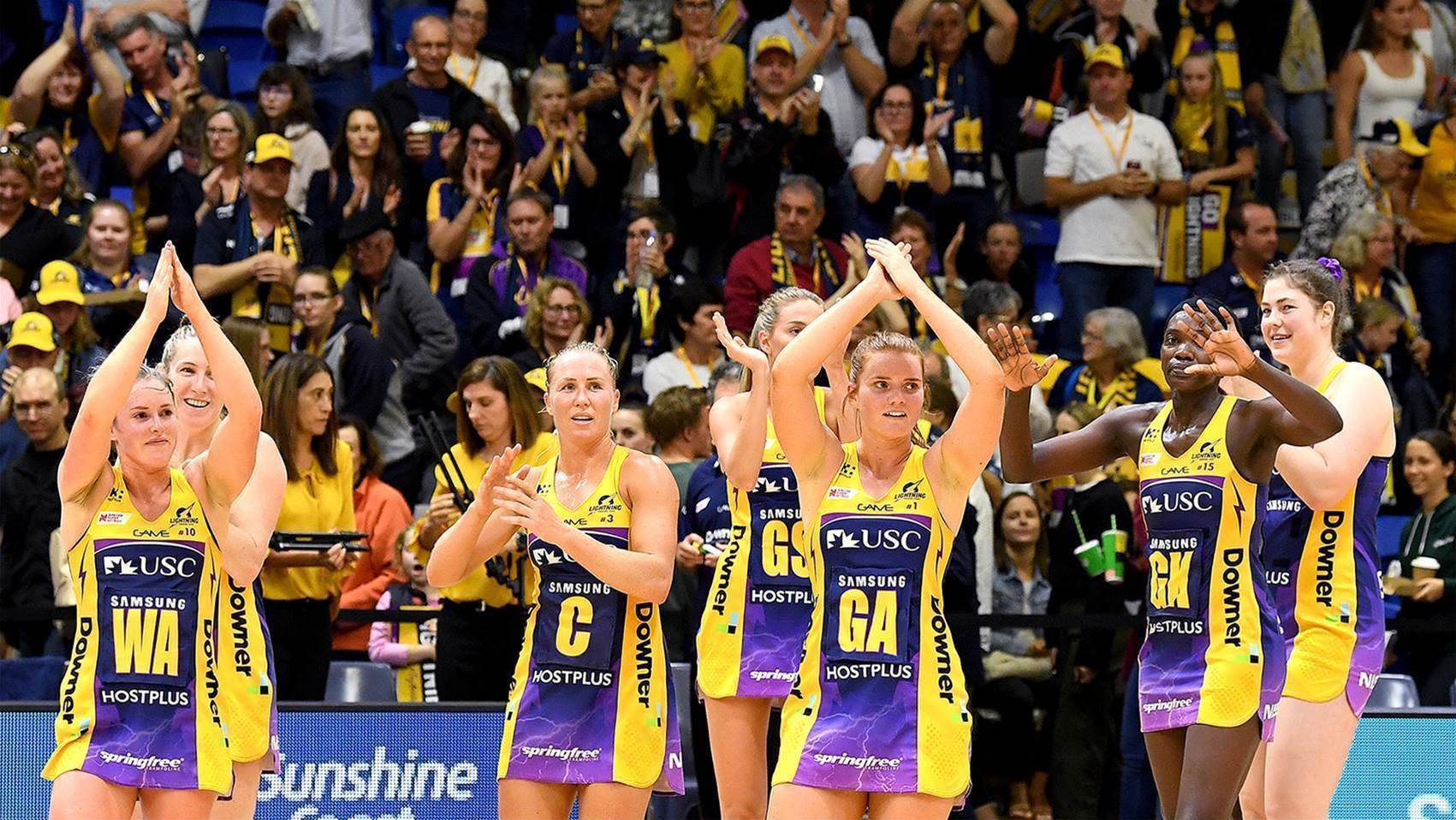 It resulted in Giants coach Julie Fitzgerald putting Harten on the bench, with Kiera Austin inserted at goal attack but it was to no avail as the Lightning picked up where they left off and increased their advantage further.

The second-half blowout didn’t do justice to the enthralling contest fans were treated to in the opening two quarters. The result marked Lightning coach Noeline Taurua’s 100th national league win.

The Swifts have bounced back from a loss and jumped to the top of the table as they handed the Vixens their first loss of the season in a 60-50 win.

The Swifts swamped the Vixens defensively from the outset, winning every quarter.

Sarah Klau and Paige Hadley made their final case to Lisa Alexandra to be included in the Diamonds’ World Cup team. Klau’s five defensive gains equalling the Vixens’ entire defence end combined, while Hadley was a rock through the middle again.

The defensive effort came from the whole team with wing defence Kate Eddy restricting Liz Watson’s influence in the opening quarter. The defensive dominance continued into the second quarter, with the Vixens scoring just one goal in the first three and a half minutes.

At the other end, Emily Mannix and Jo Weston had few answers for the Sam Wallace/Helen Housby combination.

However, the Vixens weren’t prepared to lie down, scoring four of the first five goals of the final term to drag the margin back to five goals but the Swifts steadied and were able to push their advantage back out to eight.

The Thunderbirds have held off a gallant Firebirds team to secure a 54-goals to 51 win.

It was a hotly contested game from start to finish, with both teams playing a fast and physical brand of netball throughout.

Gretel Tippett became the first Australian player to shoot 100 straight goals in a national league competition when she put in her first goal of the game.

However, the Firebirds just couldn't catch a break with injuries after centre Mahalia Cassidy went down with a knee injury in the first quarter. 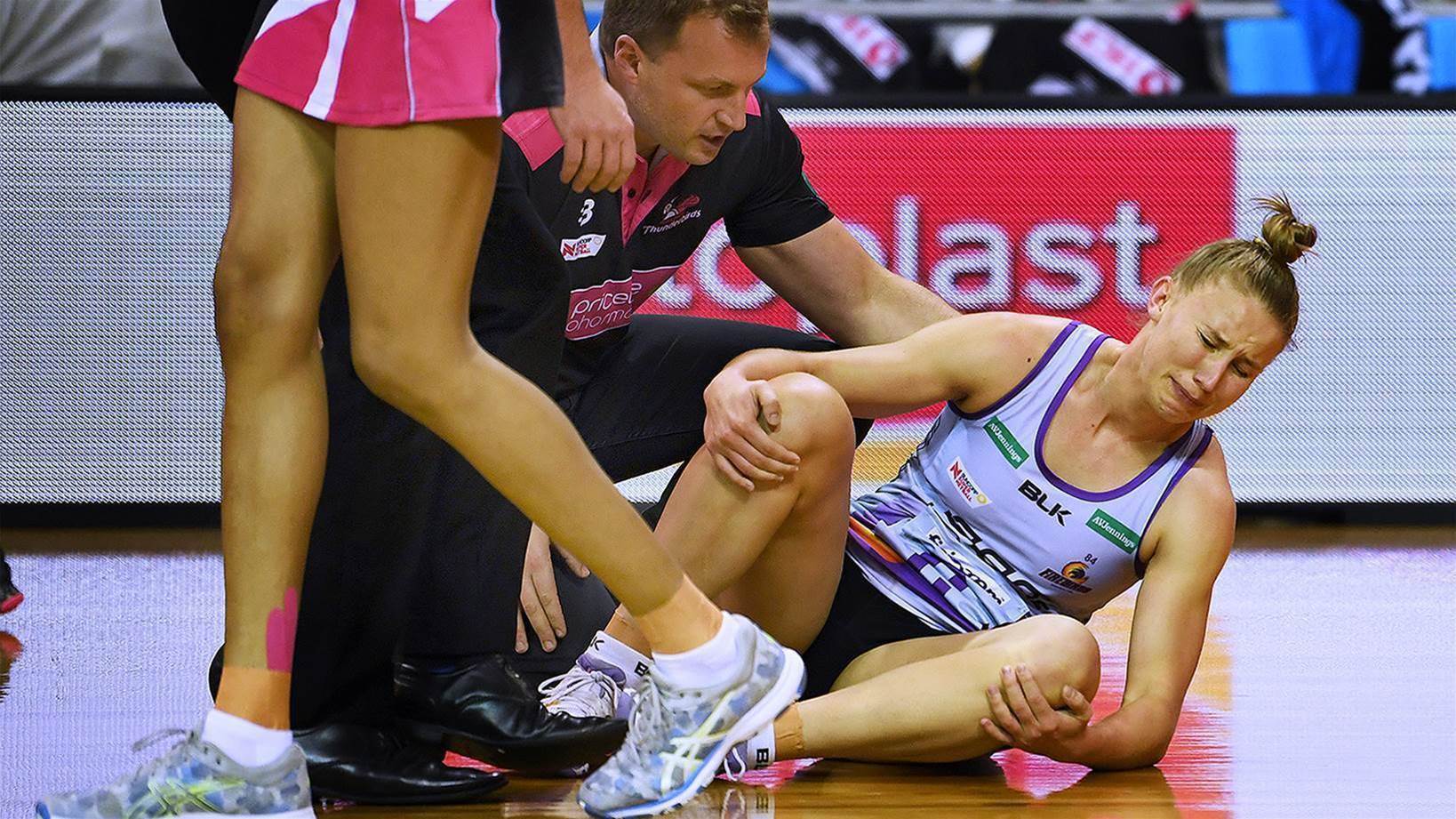 The Thunderbirds jumped out of the gates early, taking a 15 to 13 goal lead into the quarter time break as shooting duo Maria Folau and Sasha Glasgow frustrated the Firebirds defence.

The intensity of the game went to another level in the second half, as both teams threw their bodies into every contest but it was a frustrating third quarter for the Firebirds who couldn’t make any in-roads.

In the final quarter, Queensland burst out of the huddle and scored eight straight goals to take the lead. They found another gear and tore Adelaide apart with her sharp movements, cutting passes and massive defensive plays.

But Adelaide steadied late to come away with the win.

Despite the loss, Firebirds fans will be excited with what they saw from young shooter Abigail Latu-Meafou who was brought into the team to replace the injured Romelda Aiken.