Former Melbourne Victory striker Laura Spiranovic played in a number of W-League derbies, this year though she will be on the other side of the fence as a fan.

She is confident her former club will put up a good fight under the bright Thursday night prime time lights.

Former Melbourne Victory star Spiranovic is confident her old side will be ready to go for Thursday night’s mouthwatering derby against Melbourne City.

Victory appeared to tire out in last Saturday’s draw against ladder leaders Western Sydney, which was on the back of a tough Asian Champions League tournament in South Korea, however Spiranovic was quick to point out that a matchup against a local rival was much more than your average W League game.
“It’s a derby, there is more than just three points to play for,” she said. “The Victory girls will want to keep up their positive record against City.”
Victory’s form against City in recent years is most impressive, with four wins in the last six derbies including wins in both of last year’s fixtures.
Spiranovic, who featured in six derbies herself, acknowledged that City are one of the hot favourites for this year’s crown but was confident her former club will be put up a big fight.
“Melbourne City have a fantastic team, the sheer number of Matildas and Young Matildas in that side show they are a threat to anyone in the league, then you add players like Yukari Kinga and Milica Mijatovic, they are class all over the park.
“They beat Sydney last weekend to show how much of a force they are.
“Victory however with their previous record against City and the fact they are the reigning premiers should give them the confidence they need.
“Jenna McCormick, Natasha Dowie, Teigan Allen and co are experienced players and won’t give an inch.
“They will be battle hardened by their Asian experience and will be well prepared for a big game.”
Spiranovic also believed that Thursday night football was good for the female game, giving the ladies a stand alone time each week.
“Everyone now knows that Thursday night is W League night. It is great exposure for the league with more fans likely to tune in.
“It isn’t easy for fans to go to a game on a school night, but at least they can watch on TV and the reality is TV money represents the bulk of football revenue.”
There has been much controversy this season about the location of W League games, with this Thursday’s game being the first time either Melbourne side has actually played in Melbourne even though it is now Round Five.
Victory have played a home game in Morwell whilst City played their opening home game in Shepparton.
Spiranovic acknowledges this is an issue but also pointed out it was important to grow the game at regional locations. Being born and bred herself in Geelong, the North Geelong Warriors’ junior said it was all about balance.
“Playing at obsecure venues is tough to build a consistent fanbase, but the reality is we need to cater for all fans. If crowds in regional centres are just as big as those in the CBD then why not take the game to different locations. I know growing up in Geelong, id love to have seen a national league game growing up.”
Kickoff for Thursday nights game is 7.30 at John Ilhan Memorial Reserve in Broadmeadows. The game is live on Fox Sports and streamed live on Kayo Sports. 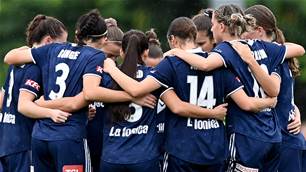 Victory have what it takes to claim title says club legend