Australians can rejoice as they will have the chance of watching six players participate in the group stage of this year's UEFA Women's Champions League.

The UWCL had a new format this year.  It started with two rounds of group stage qualification, separated in champions and league paths.  The champions path was for clubs who won their respective nation's championships while the league path was for clubs lower down in the table whose association nation ranked high enough to allow for more than one team to qualify for the UWCL.

All but four teams, who won their respective league's championship last year and whose UEFA association ranking is the highest, had to pass through the group stage qualification in either the league or championship pathways.

In order to qualify for the group stage of this year's competition, all Australian players mentioned participated in one or two rounds of qualification except Sam Kerr's Chelsea FC who were given the direct group stage entry.

While the new format has been called into question, largely because the league path would result in a number of big fully professional clubs being eliminated prior to the group stage, UEFA has set up the UWCL's competition in this manner to ensure that at least ten nations are represented in the sixteen group stage teams.

Perhaps the biggest club to be eliminated from the competition prior to the group stage was Manchester City.  Two Matildas, Hayley Raso and Alanna Kennedy, lost their two-legged affair against Real Madrid on a 2-1 aggregate.

Charlotte Grant and Teagan Micah also exited the competition in the second round of group stage, with their club Rosengård being eliminated by 1899 Hoffenheim also in the league path.

All eliminated teams no longer have any European play this year as, unlike the men who can qualify for the Europa League and Europa conference League if eliminated at the Champions League group stage qualification, there exists no other UEFA women's competition.

The teams will now be drawn into four groups of four, and will face each team in their group in home and away games.  The top two teams in each group will then qualify for the knock-out stage.

The UWCL group stage draw will take place on Monday.  All games will be available on DAZN and on DAZN's YouTube for free. 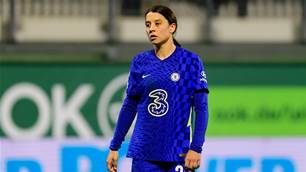 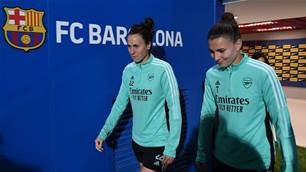 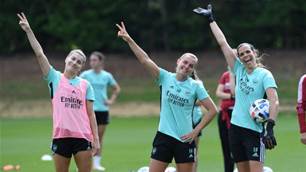