Quincy Dodd was playing football for her high school on Tuesday afternoon when, after the game, she found her phone a buzz with notifications.

At that moment the 18-year-old discovered she had made the NSW Women's State of Origin squad next Friday at North Sydney Oval.

"I went onto my phone and found out the team list was up," she told Sharks media.

"I'm so shocked about it but so happy, so stoked.

"They're such a great group of girls so I'm pretty excited to be with all of them and I'm keen to wear the blue jersey," she said. 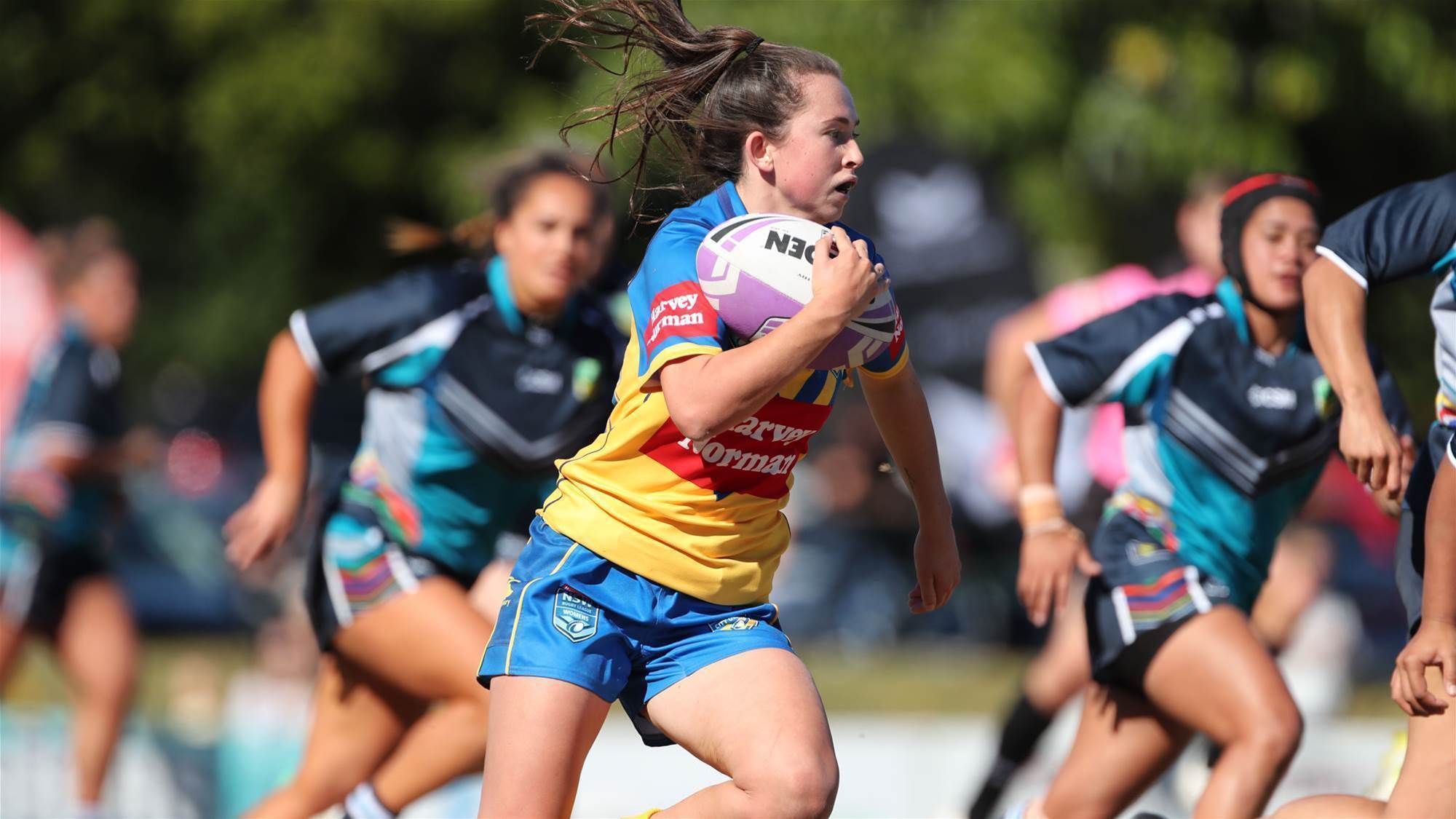 Dodd was the captain and leading points scorer of the Sharks' premiership-winning Tarsha Gale Cup side before making her debut performance for City NSW at the National Women's Championships.

"I was pretty overwhelmed at the National Championships with all of the big names," Dodd said.

"They are pretty big, strong players and hopefully one day I can be one of those big names."

Recently, the teenager became the first women included in the Sharks Elite Academy where she will train and learn the finer skills of the rugby league alongside the best young male players.