Matildas past and present have lauded Australia and New Zealand's successful 2023 World Cup bid as a moment that will transcend women's football downunder.

FFA Hall of Famer Pat O'Connor, who started the ball rolling in NSW way back in 1966 in the humble surroundings of Bass Hill RSL, admitted she was thrilled with the news.

"What can I say, its magnificent, absolutely magnificent," beamed O'Connor, who is now 78. "I'm over the moon."

"This will advance women's football, everyone in the world will be watching it. It will show Australian women's football is here to stay. It was well worth working for."

O'Connor, who was never officially capped by Australia but was captain of the 1975 Australian XI that played in the inaugural AFC Women's Championships in Hong Kong, admitted she was pleased to see so many people get behind the Cup bid.

"Its great to show everyone is behind them, the State and Federal governments, the media, and everyone. It is going to make so much difference. The young girls who are coming through, it is something for them to aim for which we didn't quite have. We did it because we loved it. These girls can get so much more out of it now."

O'Connor admitted she would love to see Sam Kerr, a native of Western Australia where O'Connor has lived for the past 42 years, hold aloft the trophy in 2023.

"Sam Kerr is living my dream. She is playing for my Chelsea and Australia. She is fabulous and a real good ambassador."

The news was also met with excitement by the younger generation of former Matildas. Western Sydney Wanderers defender Ella Mastrantonio, who many are suggesting is deserving of a national team recall, expressed her pride the country she represented as a 16-year-old will finally stage the ultimate prize in women's football.

"I'm so happy and proud," she beamed. "But even more so for the many pioneers and legends who came before us and had to fight for the support and recognition.

"They paved the way for where we are today and for what this is going to do for our game in Australia."

Mastrantonio appreciated the significance of what a home World Cup would do for footballers in both Australia and New Zealand. She used the announcement to urge FFA to expand the W-League into a fulltime professional competition.

"It will help sustain interest and growth in football around the country and women’s football in particular.

"We are in a powerful time for football in this country and this will just absolutely skyrocket it into the homes and hearts of all Australians.

"Anytime is the perfect time to make the W-League full -time, as it’s something we’ve strived for for so long.

"Specifically, the interest and growth in the women’s game has never been better, so it needs to happen now to keep growing and create pathways for our current and next generation of footballers, so we can become a powerhouse of world football." 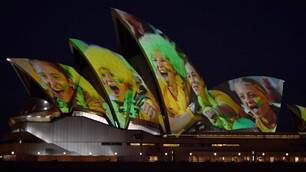 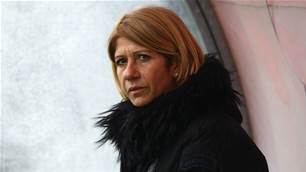