Matildas superstar Sam Kerr says it felt like 'days were months and months were years' during her older brother Daniel's battle with alcohol and drugs.

The Matildas captain has opened up about their formerly strained relationship, revealing she didn't speak with him for two years.

Daniel Kerr is currently in France, supporting his younger sister during the ongoing World Cup.

The contrast with the 2015 World Cup, during which Kerr was celebrating Australia's progression to the knockout stages when told of her brother's revelations on TV about using the drug ice, could hardly be more stark.

Daniel was part of West Coast's star-studded midfield that won the 2006 AFL premiership then had a well-documented struggle with alcohol and drugs after retiring in 2013.

It culminated in a five-day stint in prison, when he breached a violent restraining order then his family initially refused to post $5000 bail.

Sam revisits the chapter during an interview with Bob Murphy in Tuesday night's episode of Bob on Fox Footy.

"I didn't speak to him for two years," Sam Kerr said in the pre-recorded interview.

"All our family's close but me and Daniel are super-close ... he always says, 'That's the thing that brought me back onto the road, that everyone spoke to me except you'.

"I just really needed that reassurance that things were going to go back to normal. That's what hurt me the most ... when you do things that affect yourself, it also affects other people.

"I had to watch mum and dad be stressed out about their 30-year-old son, which isn't normal and it affected me. I don't let things bother me but seeing my parents have to deal with it, that was probably the hardest thing."

Daniel Kerr has previously credited Sam's tough love as being the catalyst for him "starting to behave again, to get my family back".

Sam noted her sibling's life has completely changed, as evidenced by the fact he's in France but has also paid for his children to attend the World Cup.

"When he was in that bad period, it felt like days were months and months were years," she said.

"He always says if it wasn't for me he'd probably still be out there being an idiot, but he's been doing really well now. He learned the lesson the hard way and it was good for me.

"Now I know what not to do, how to behave, and what it can do to your life and what he's had to do to kind of get his reputation back."

Kerr also reflects on her "kick up the butt" moment that was a ruptured anterior cruciate ligament, the rise of women's sport, her jealously at the inaugural sold-out AFLW fixture and many other issues during the wide-ranging interview. 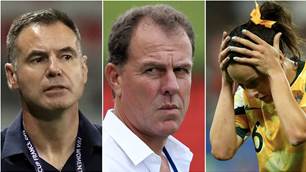 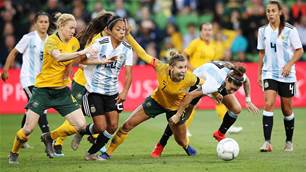