Matildas skipper Sam Kerr is set to be the $1m face of all Nike's Australian sport campaigns, ahead of bigger global names like basketballer Ben Simmons, golfer Jason Day and Socceroos like Aaron Mooy and Tom Rogic.

The move comes just 24 hours after Kerr was identified as the biggest name in Australian football in the Big Australian FTBL Survey results released this week.

The survey of almost 1000 fans found she was the clear favourite in Australian football, miles ahead of nearest competitors Mooy, Mat Ryan and Awer Mabil. 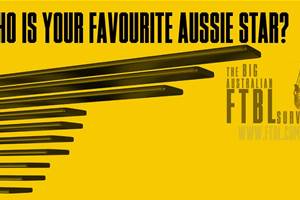 It comes on the back of glorious seasons at home and abroad at club level, picking up the Golden Boot in the W-League and the USA's NWSL, as well as a stunning run of form for the Matildas.

She was named the very first-ever W-League marquee signing this year, picking up a reported $400,000 for her services with Perth Glory this season which helped send the club to the Grand Final.

Now the Sydney Morning Herald says she is in line for another massive pay deal from Nike to bring her earnings up to $1m a year.

Kerr already made a brief appearance in the latest Nike global ad campaign backing women's sport, but she is now set to be even higher profile and take the lead role locally as Nike step up their campaign.

She is likely to be front and centre of Nike's launch next month of a new Australia kit to be worn by the Matildas at the Women's World Cup in France this June.

But she is also now likely to feature more prominently in Nike campaigns beyond just football as the sportswear giant doubles down on their commitment to women's sport.