Matildas defender Ellie Carpenter and her family have had to sacrifice a lot for her to achieve her dreams.

The 19-year-old grew up on a farm in the small New South Wales town of Corwa in the state's west.

Growing up Ellie and her brother, Jeremy, played every sport there possibly was, however, they both fell in love with football.

"Because Corwa is such a small country town we had to travel a lot to get training and quality coaching," Carpenter told Optus Sport.

The family undertook extensive travel to get Ellie the best training possible from travelling to Canberra, which is nearly a five hour round trip, and Bathurst, which is a two hour round trip.

However, it started to take its toll on the family when during the week they made the round trip to Sydney.

There were times when the family wouldn't get home until 1am.

The Carpenter family took the leap of faith and moved their whole lives to Sydney for football.

"It was a really big decision for our family," Ellie said.

"My mum and dad sacrificed a lot and my mum quitting her job to help us chase our dreams, I can't thank her enough for that."

From there, her journey to the national team took on a life of its own.

At the age of 15, she made her W-League debut with the Western Sydney Wanderers then in March 2016 she received her first cap for the Matildas against Vietnam during the Rio Olympic qualifiers.

Later that year, Ellie became one of a handful of athletes to be born in the 21st century to represent their country at the Rio Olympics.

"It still feels surreal to call myself an Olympian," she said.

Ellie loves nothing more than playing for her country and pulling on the green and gold.

"I love to put on the green and gold, it's one I feel so proud to play in every game," she said.

"Obviously playing for your country is everything and I just love to keep one to remind me what I'm playing for." 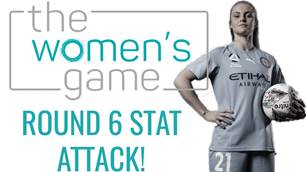 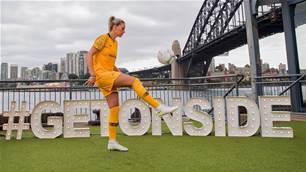 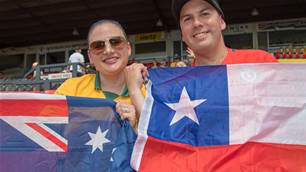