Rachael Goldstein, Lauren Keir and Hayley Taylor-Young all sign with the club, with Keir joining for her third successive season after making her debut in 2018.

Goldstein and Taylor-Young both made their debuts last season however and both managed to pick up a series of opportunities under Heather Garriock that impressed the club enough to keep them on-board.

"I felt a bit of relief off my shoulders, knowing that I am coming back home to play for Canberra United," Keir said. "Canberra is home for me and I wanted to play there again so I am really looking forward to it."

FFA have gone in-ranks to appoint Rae Dower as their women's technical advisor to address critical pathway issues with the next generation of Matildas and W-League talent.

While many expect Carolina Morace to be announced as the next Matildas coach by the end of the month, there is a late push for Chelsea coach Emma Hayes to get the job.

How often do players play for Brisbane Roar one season, Real Madrid the next? That's the journey of W-League flash in the pan, Chioma Ubogagu.

Keir will be joined by Rachael Goldstein, who has also enjoyed a strong 2020 season in the NSW NPLW with the Macarthur Rams.

Goldstein, who made her debut for Canberra United in their 3-1 win over Adelaide United last season, said she is looking forward to the challenge of cementing her spot in the team.

"I am excited to be back and continue what I started last year," Goldstein said. "I want to step up and start improving as a player this season and I want to work towards getting more game time. I really like the way Vicki coaches so I am just excited to learn off her experience."

Linton said all three players will bring something unique to her squad this season.

“It is pleasing to announce the re-signing of Canberra locals Lauren, Rachael and Hayley," Linton said. "Rachael and Lauren have continued their development this year playing in the NSW NPLW with Hayley finishing out her eligibility in the Canberra United Academy.

"I have had the chance to work with Hayley for a short time over the last few weeks and I look forward to getting Lauren and Rachael into the environment and working with them.

“All three players already have experience in the Westfield W-League and I look forward to seeing what they can bring to the squad this season.” 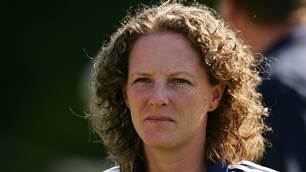