Lia Privitelli is enjoying the depth in Melbourne Victory’s squad even if it means less game time.

Table-topping Victory are flying in the W-League as Privitelli has played two games off the bench this season.

The winger was involved in the stirring 2-0 victory over crosstown rivals Melbourne City where she played the last 16 minutes.

Victory’s captain Natasha Dowie has been instrumental in their fast start as well as Americans Sam Johnson, Christine Nairn and Dani Weatherholt. Matilda Emily Gielnik has also been a talking point for the Big V.

Privitelli said she was unfazed about the competition for places in the squad after the club had struggled in the past three seasons.

“I find the depth absolutely amazing, even though I’m not getting heaps of game time,” Privitelli told The Women’s Game.

“We’ve got a squad full of depth and I’m learning from some of the best players in Australia. I’m definitely not going to take it as a negative because I’m working alongside people like Emily Gielnik and Natasha Dowie, who are world class players.

“I’m not going to kick up a stink about it. I’m just going to keep working hard and working on individual goals.

“I wouldn’t consider myself a young player, but the likes of Grace Maher, Mindy Barbieri and even Kyra Cooney-Cross are getting exposure to playing at the top competition.

“It’s fantastic and I wouldn’t say it’s the young learning from the old. We’re all lifelong learners, so the young ones teach me a thing or two and it’s an awesome working environment to be in.”

Privitelli has been at Victory since the 2016/17 campaign and praised Jeff Hopkins for transforming the club which struggled since City’s inception.

The 24-year-old wears No.19 on her back and has changed numbers in all of her three seasons and had a light-hearted view on her teammates stealing her old numbers. 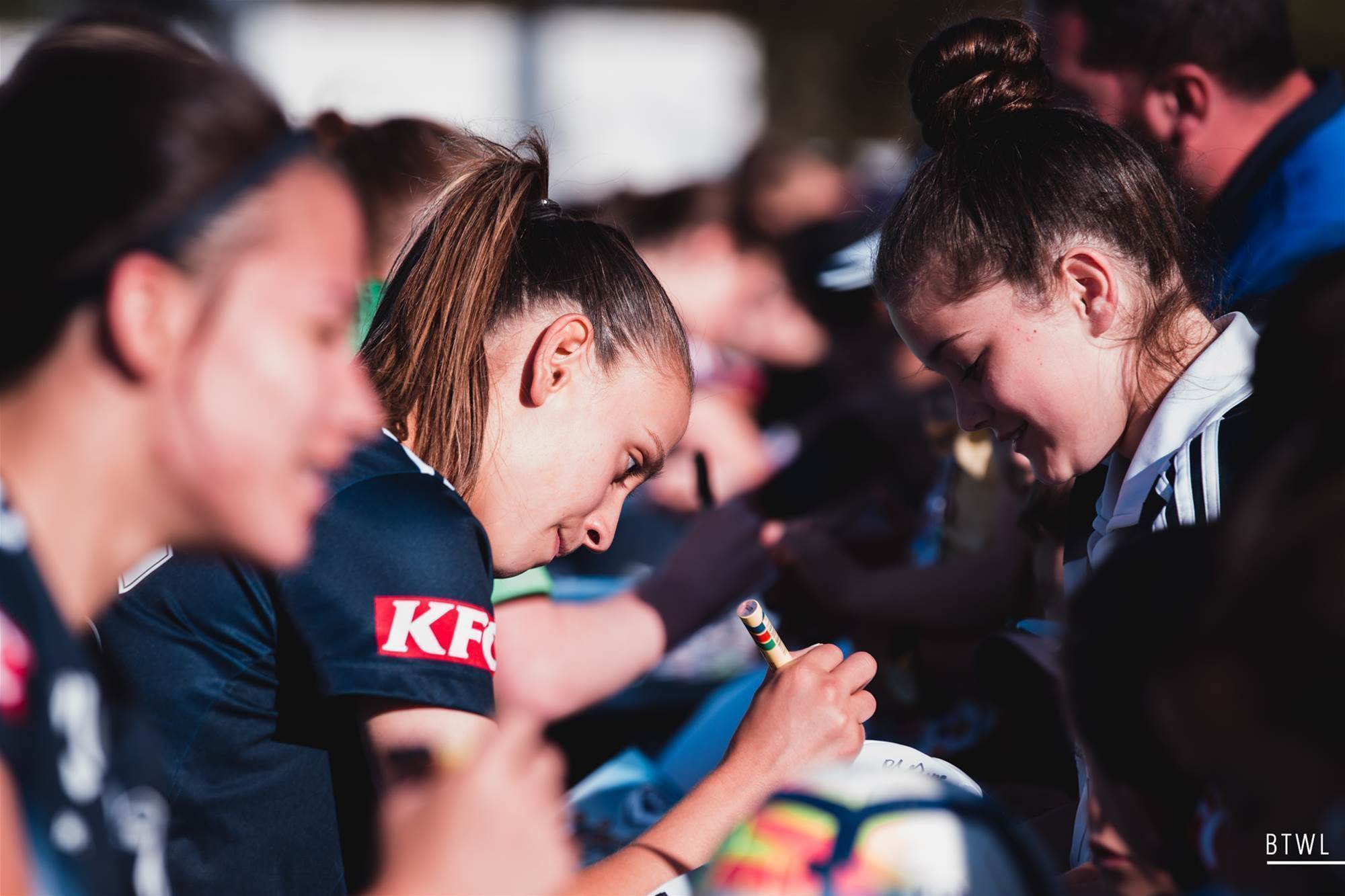 “I’m not superstitious and I don’t really care what number I wear,” she joked.

“In my first season, I was gifted No.7 and then South Korean Jeon Ga-Eul who came last season wanted seven, so that was fine and I wore No.16.

Privitelli’s schedule is a busy one, working as a school teacher at Epping Secondary College during the day and then heading off to W-League training.

During the offseason, she is playing with NPL VIC side Bulleen Lions where she enjoyed a title.

She added she couldn’t remember the last time she had a holiday.

“I wouldn’t say I’m a workaholic, I like being busy and I don’t think I’d cope well if I was bored, but I enjoy what I do,” she said.

“My time will come when I won’t be able to do all of this and when it comes, I think I’ll have a very nice holiday.

“I’d quite often work on the weekend marking SACs and getting the VCE students ready for exams. You’re always working, but you always work to achieve goals.

“Obviously my goals are to help kids out, especially the Year 12s who need it most and also to do my best in pursuing a soccer career.”