The draw against Japan saw the Matildas book a World Cup spot and a semi-final against Thailand with the winner to progress to the Asian Cup final.

There is a feeling of déjà vu with Australia having played Thailand in Perth only 22 days ago in the farewell game before the Asian Cup.

Despite the 5-0 win on that occasion, head coach Alen Stajcic said that match “doesn’t really have a bearing on this game” at his pre-match press conference.

Knockout football is a different beast and with the World Cup spots all sewn up, the focus is now solely on progressing through the tournament at hand.

Australia’s big win against Vietnam in the group stage set up their semi-final berth while Sam Kerr’s late equaliser gave the Matildas a 1-1 draw with Japan which sealed top spot in the group.

Meanwhile, Thailand scored nine goals in their last two games against host nation Jordan and the Philippines, finishing second in Group A behind China.

The two sides have met five times with Australia taking the win every time.

On top of that Australia has put 20 goals past Thailand in those games, conceding only one. 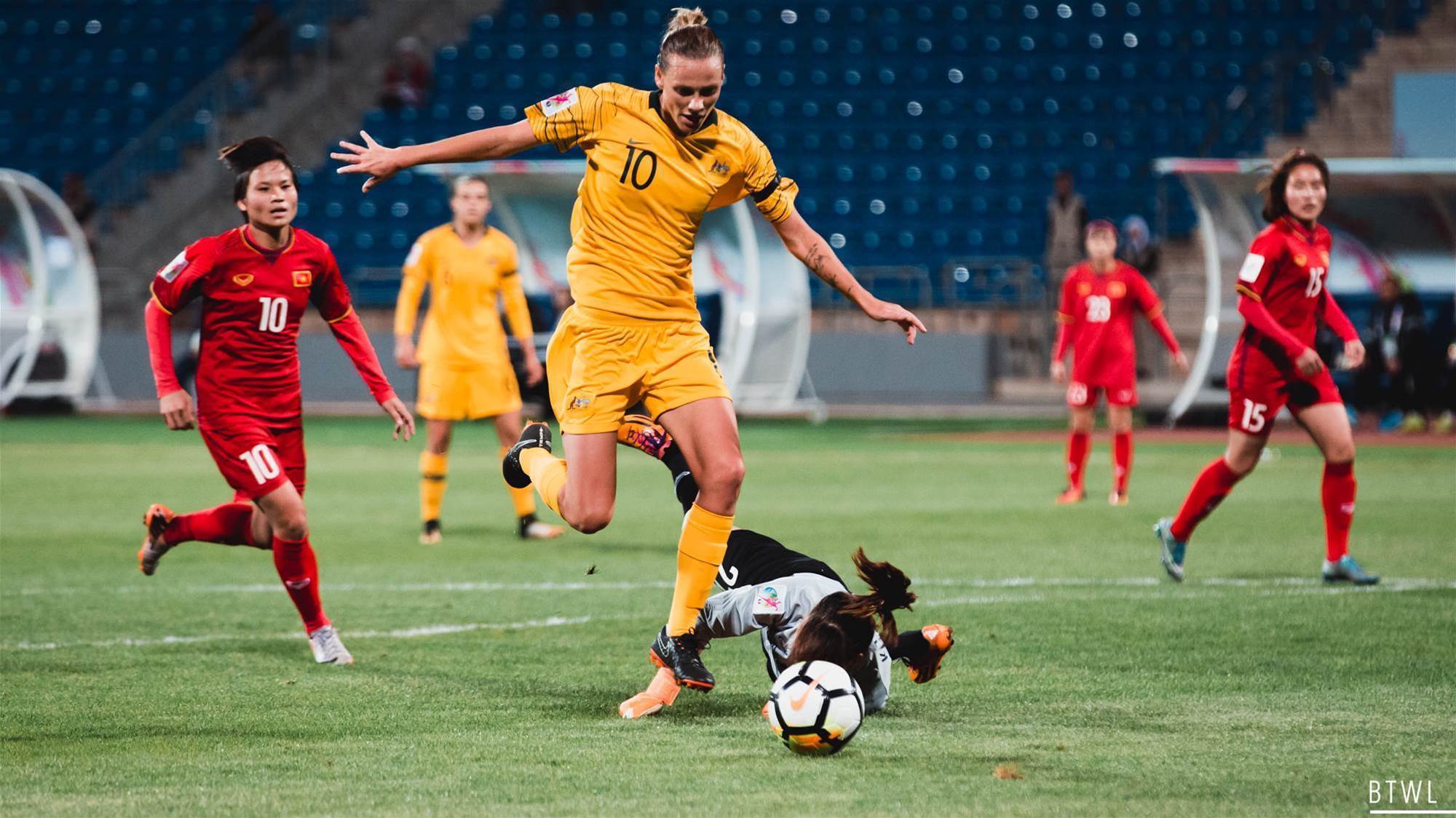 The midfielder has had a solid Asian Cup and this game could be her chance to be at her best.

If Stajcic is to play her in a more advanced role in the midfield, her ability to dictate play and be creative could wreak havoc for the Thai defence.

However, if she is deployed in a more defensive midfield role, she has the ability to start attacks and link the two halves of the pitch.