Football Australia have confirmed that Takema Yallop has tested positive for COVID-19.  The return was announced just hours before the Matildas' last Group B clash against Thailand.

Yallop's positive test was confirmed, with Football Australia stating that she is now in isolation where she is being monitored by the team's medical staff.  The remainder of the Matildas players and staff have had negative test returns.

The positive COVID-19 return is not the first of this tournament.  Hosts India sadly had to exit the AFC Women's Asian Cup at the group stage when a COVID-19 outbreak lead to the team not being able to field a team in their match against Taiwan.

Due to the negative returns of the other Matildas players, there is no indication of a similar situation occurring with the Australian team.

The Matildas are currently leading Group B, having won both their opening matches against Indonesia and the Philippines.  While they have qualified for the Quarter-Finals, a draw or a win against Thailand would see them top the group.

Australian head coach Tony Gustavsson has indicated he is preparing his team to ensure a first place group finish, stating that while there may be personal changes in the upcoming match, a dropping of the standards from the first two Matildas games will not be accepted.

“We’re going to treat that game the same way we’ve done with these two, meaning we have two main targets for the group stage," said Gustavsson.
“One was to win the group, and two was to get out of the group with as many players as possible available and peaking physically and mentally going into the playoffs.
“Now we have secured a spot in the playoffs. We have almost secured the first spot (in the group). A tie in the last game would secure that.
"We’re going to do that in a way that makes sure we have as many players as possible available for the quarter-final, but also peaking.
“We take this tournament really seriously and every game matters. I think everybody has seen that now with the two line-ups and what we’ve done in the first two games.”
While Australia last met Thailand in February 2020 during Tokyo Olympic qualification and beat the Thais by a scoreline of 6-0, they were held by their next rivals during the last AFC Women's Asian Cup, with the match resulting in penalties.
Speaking ahead of the game, defender Alanna Kennedy echoed her coach's statements, emphasizing the importance of continuing to progress performance-wise while taking Thailand seriously:
“I think it’s important that we don’t underestimate them (Thailand).  Obviously, it was a lesson learned last time around.
“I think from the last couple of games we are looking to carry the same mentality and focus into this game and hopeful come out with a strong performance and a win.”
Should the Matildas fulfill their coach's expectation and top Group B, they will meet either Japan or Korea Republic in the Quarter-Finals.  Both have already qualified due to their performances in Group C.
Elsewhere in Group A both China PR and Chinese Taipei have qualified for the knockout rounds.  The top two third placed teams from the three groups will also advance.

📊 Here's a look at how things stand after Matchday 2ï¸âƒ£ 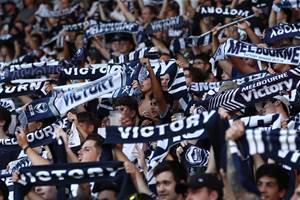 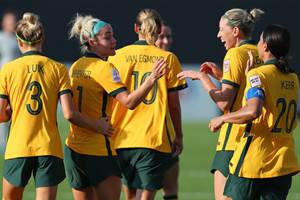 Sam Kerr's quest to lead the Matildas to Women's Asian Cup glory in the homeland of her grandparents has begun in record-breaking start against Indonesia.