Sydney FC W-League captain Teresa Polias says she is honoured and proud to be playing her 100th game for the Sky Blues against Newcastle Jets this weekend.

Polias, 27, has been part of the W-League since the competition’s inception in 2008 and in her eighth season with Sydney FC will become the first female player to reach the 100-game milestone for the club.

While it’s difficult to single out a specific moment it's hard to not go past Polias' outstanding 2011-12 campaign where she was awarded the Sky Blues' Player of the Season.

But perhaps the most memorable campaign was when Polias played every minute of every game as Sydney FC won the 2012-13 W-League Grand Final.

The following season then-Sydney FC coach Alen Stajcic named 5ft 1inch Polias captain, and during her 100 games she became a giant figure in the eyes of the Sky Blues faithful.

Ahead of making her 100th appearance Polias gave all the credit to her previous mentors and support network for her longevity in the game. 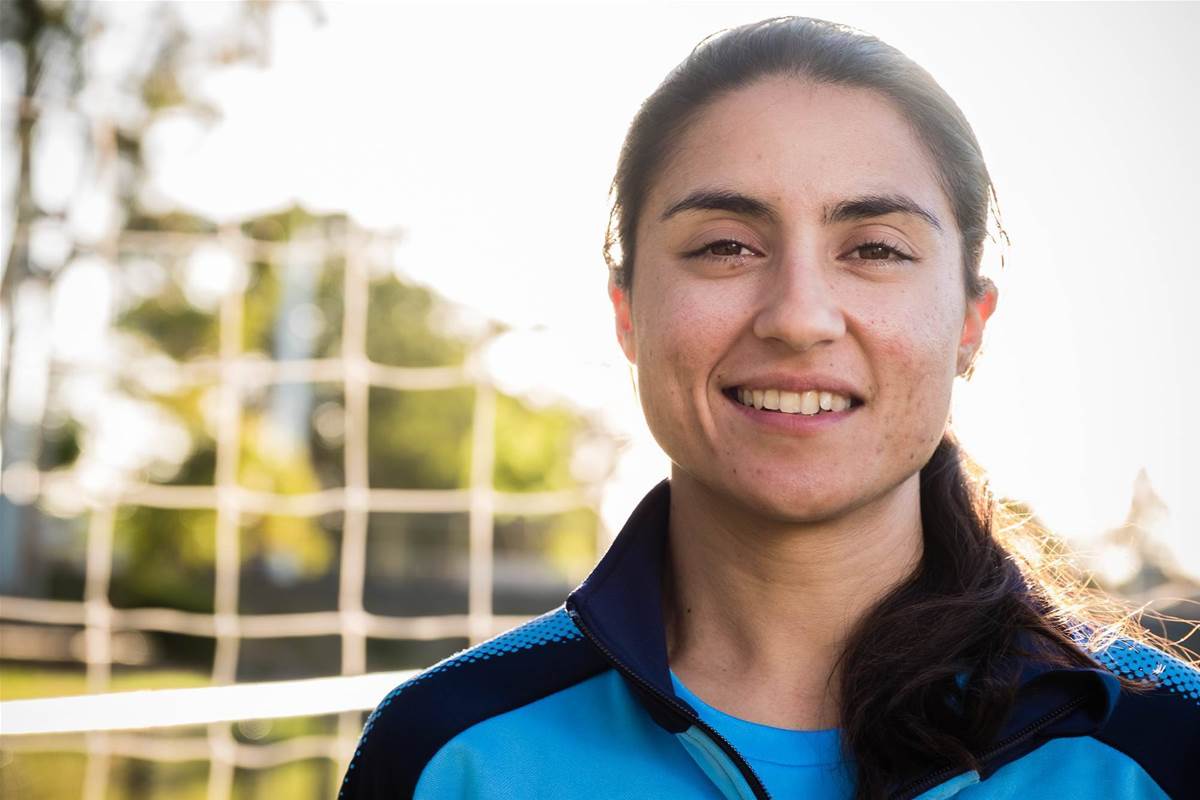 “I am so honoured to lead such a prestigious and successful club,” she told FourFourTwo

“In terms of my 100 games obviously I want to thank the club. All the coaches I’ve been lucky enough to play with. Every team mate that I have ever stepped onto the field with.

“My family, there are not enough words really to say about them. They’re everything to me and my friends too.

“Those important people that have got me to where I am today. It’s not just me, it’s all those people combined to be honest.”

Matildas' star and Sky Blues teammate Lisa De Vanna praised Polias for the unseen work she does in Sydney’s midfield.

“She is an unsung hero,” she told FourFourTwo.

“She is a humble person and it comes across on the field, she is still fighting and wants to win and you can see it in her style of play.

“She does all the dirty work and the tackles and the simple things, it’s not her style to dribble past two players and have a crack at goal.

“She provides that balance, whereas the players like myself and the attackers Catlin Foord and Chloe Logarzo don’t have to do the dirty work.”

Sydney FC W-League coach Ante Juric also took time out to heap platitudes on Polias and made reference to her leadership qualities.

“She is a very important player for the team,” he told FourFourTwo. “She is a good leader, she leads by example, more on the field than vocally, she works tirelessly for the team.

“She is small in stature but huge in everything she does for us.

“More importantly, Teresa is a special person. I knew she would be one of my keys this season.

“I don’t think she had the best year last year but heading into this season I made sure I supported her with everything and that I got her fit and that’s what we’ve done, and she’s not missed a game.

“She has been integral with everything we do on the field. When she does well, we do well, she gives us that balance and glue to our team when we play.”