Despite a slow start, Sydney FC maintained their record as the only team to have made the finals in every season of the W-League.

However, it almost didn’t happen.

This was the closest W-League season in the league’s history. Just six points separated the top six teams, with the top four spots decided on the final match day.

Sydney finished the season on 19 points, equal with bitter rivals Melbourne City, but ended up securing third spot thanks to their superior goal difference to keep their finals appearance record alive.

It could have been so different. Had Melbourne City beaten Sydney by three more goals in their 2-0 win in the last round of the season, the Sky Blues would have been bumped into fifth spot, missing the finals for the first time in their history.

But that hiccup is now behind them.

The team travels to Queensland this weekend to take on last season’s Premiers Brisbane Roar in the second semi-final. The winner will secure their sixth Grand Final appearance in 10 years, the most of any other team in the league, and will face either this season’s Premiers Melbourne Victory or Perth Glory for a shot at the Championship trophy.

Sydney captain Teresa Polias was on the pitch for every minute of her team’s rollercoaster season. 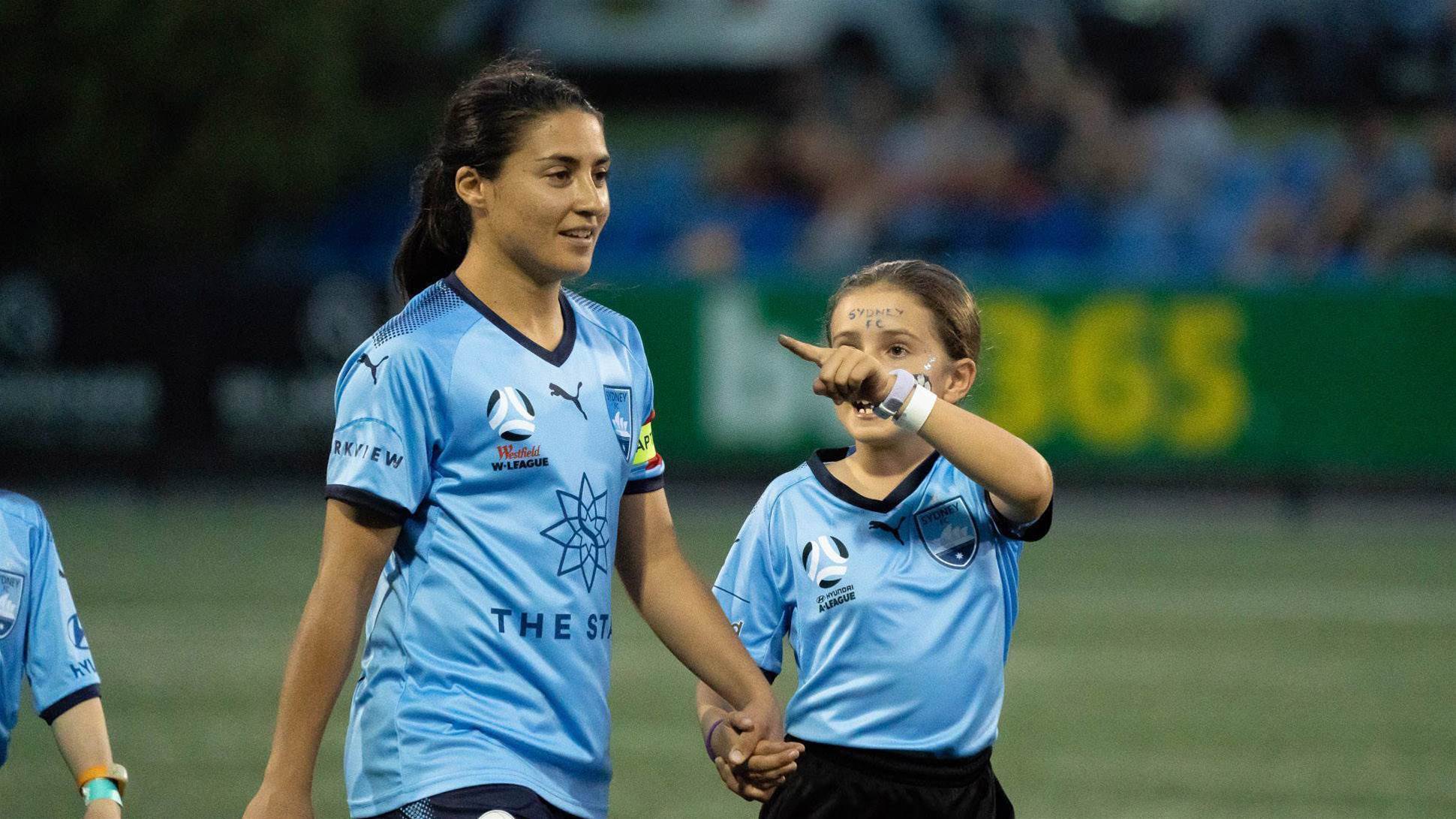 “We set out to make the final," she said.

"Our goal was to finish top, of course, and realistically we had the squad that could have done that."

Despite their third-place finish, Polias is keeping her team’s achievements in context.

“Everyone has done really well and recruited really well. You see teams like [Melbourne] City missing out [on finals] and Adelaide who did really well, so you have to feel pretty fortunate that we got through,” she said.

“We were only a few points off top, and you have to give credit where credit is due. Victory were incredible this season, they’ve played really well. Jeff has done a great job with his squad and you can see the unity they have, coupled with their talent. They’ve got to where they deserve to be.”

Polias was particularly complimentary of Adelaide United, who shocked the league by going undefeated in the opening seven rounds before losing to Sydney.

“Adelaide were one of the hardest teams to play against in terms of organisation and discipline,” she said. “They were tough. Although we pelted them that day, they were a really good team. They were really unlucky [to miss out on finals].”

Sydney are notoriously slow starters in the W-League, often losing two or three games at the beginning of their seasons before picking up the pace. That trend continued into their 2018-19 campaign.

“It’s been the biggest squad turnover ever so that in itself was a challenge,” Polias said.

“Our internationals are amazing players of such high calibre, but they came the week before the season started ... So [we were] still getting to know each other [and] it took us quite a while to do that, not just on the field but also off it. We [went] into the season still preparing. That was a big challenge for us.”

Even though Sydney missed out on yet another Premiership, Polias is confident that they can make another strong run towards the Championship trophy.

“[Brisbane] are a great team. Mel Andreatta has done a great job. We’re wary of them, but we know the ball is in our court. If we do everything we need to do correctly, we know we can beat them again. We’ve done it twice. We need to be able to pull together and do it again.”

Both times Sydney and Brisbane met this season, the Sky Blues claimed all points on offer, first in a 5-1 drubbing at Seymour Shaw Park and then again in a 3-1 win away at Lions Stadium.

Despite the seemingly lop-sided nature of the upcoming semi-final, Polias is not about to let her guard down.

“Finals [are] a whole different ball game, as we’ve seen over the years,” she said.

“[The league] has been getting tighter; any team can beat any other team on the day.”

Brisbane Roar will take on Sydney FC this Sunday at 7:15pm AEDT at Dolphin Stadium in Redcliffe.