The bottom line is both clubs have had financial challenges which are the underlying cause of all the other problems each club has.

Women’s football in Australia has a massive problem due to a significant lack of funding. A Sam Kerr somersault or society’s promotion of equality for women sadly won’t pay the bills.

The reality is females are playing football now more than ever, yet funding has broadly failed to mirror increased engagement. There is more money, but also a lot more females playing, so a smaller share of the pie for all. NPLW clubs are feeling this the most.

Both Galaxy and Southern have improved their financial positions significantly in 2019, however it hasn’t been deemed enough by FV.

There were other reasons for the organisation making their decision, including the competitiveness of both teams. Yet at some level, it still comes down to dollars and probably not a lot of sense.

Most NPLW clubs rely heavily on grants and donations from generous entities. This is not sustainable in the long run. Nor is it fair on parents for registration fees to keep on increasing as clubs struggle cover costs.

Southern United’s President Shannon Palmer acknowledged the challenge that clubs in the female football market had in terms of generating income and covering their expenses.

“The challenge to have an income is huge and not easily over-come,” lamented Palmer. “Parents and volunteers get sick and tired of fundraising all the time.

“The challenge is there is no exposure to be able to generate other forms of income, like sell advertising to sponsors.”

The successful NPLW clubs like Bulleen, South Melbourne and Calder have strong financial backers, namely strong male clubs making life a lot easier. Galaxy and Southern have struggled in that regard.

Many have lamented the lack of a proper, FV compliant and suitable home venue for either club. This however is a simplification of a much bigger problem.

NPLW clubs that are stand alone have very low revenue streams. Many think having their own home ground would mean increased revenues. In theory this is true, but there are two important points that are being missed.

Firstly, NPLW clubs hardly have huge attendances. Parents will come for juniors and a handful of people go to senior games. It’s hardly going to be a box office hit for clubs in terms of canteen revenues. Clubs generally don’t charge entry fees. Sponsorships are few and far between and many are not financial contributors.

Secondly, clubs having their own home ground carries a significant cost, a burden most NPLW clubs can’t carry on their own.

Council grounds aren’t free. The hiring cost of these grounds is phenomenal. For example, sources say that Frankston Council wanted $50,000 up front for Southern United to play out of a newly built shared venue at Wedge Road.

Then the cost of hiring the venue is up to $35 per hour. How a stand alone club like Southern can afford a cost like that is mind boggling. 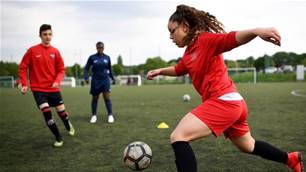