Optus Sport announced this morning McLaughlin will join Amy Duggan to host the overnight coverage of all 52 games of the tournament, with presenter Richard Bayliss leading the live highlights show each morning.

"I don’t think people realise just how exciting and how massive this tournament is going to be and how lucky we are to be seeing every single minute," McLaughlin said.

“Add to that, the Matildas are genuine contenders and the whole month is going to feel like Christmas for football fans.

“I’m in awe of the broadcast team that Optus Sport has put together, some of this team I have loved and idolised for years. I’m just so proud to be part of what will be the most comprehensive coverage this country has seen – and what the game and the Matildas deserve.”

Optus Sport is the only place to watch all 52 matches of the FIFA Women’s World Cup tournament live, and the broadcast team will provide extensive match coverage, expert opinion, in-depth analysis and behind the scenes access from France. 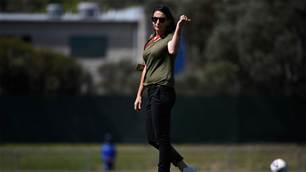 Garriock: Matildas deserve to go on 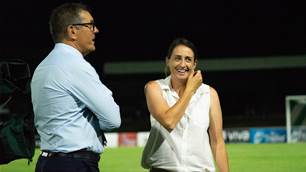 Garriock: The surprises in the Matildas squad 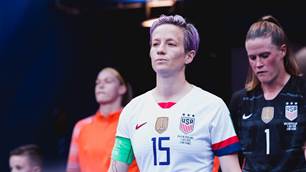