This discussion has predominately focused on the men's side of the game. I understand why, after all it was the third time the Socceroos had bowed out at the group stage and the A-League was the talk of the town last season for many reasons.

But we can't just focus on Socceroos because it’s the men’s world cup year. It's time we also discuss how the women's game can be improved.

The Matildas will head to France next year trying to continue their strong performance in World Cup’s, having made it out of the group stages for the past three tournaments.

They are soaring high as they sit in the top 10 and because of this, the development of girls and women in football is rarely looked at. Some people wouldn't know that the Young Matildas have not qualified for a Youth World Cup since 2006 and the Mini Matildas have never qualified. 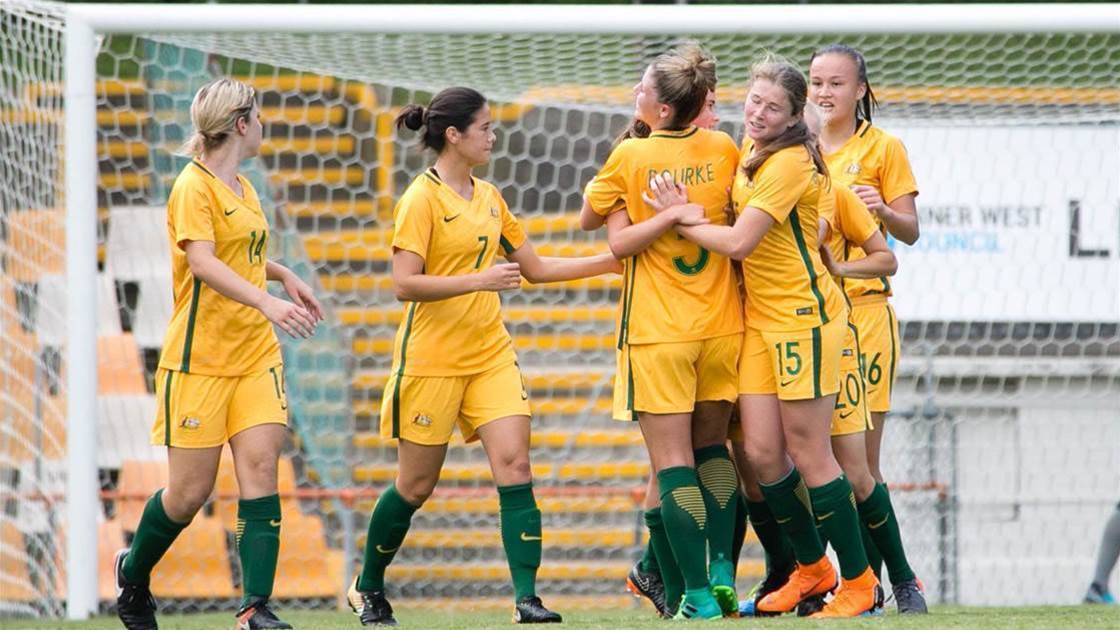 FFA, with the help of the NSW Government, NSWIS, and FNSW, have taken steps to ensure that in the future the Young Matildas can qualify for a World Cup and the gap between the current and future generations of Matildas is minimised by adding another level of development.

There needs to be discussions around why our Aussie women youth teams are missing the World Cup in the first place?, Why do we need a specialised program to develop talent and are the system currently in place helping produce the next crop of Matildas?

The answer is not a simple one as there are issues including junior structures, financial constraints, and inequality. These are not new issues, in fact, many are the same that junior boys face.

FFA can't bare the sole blame for the issues in youth development, everyone plays their roles and it starts with State Federations.

While I understand that age divisions and amount of teams are decided based on the number of players in that region, some decisions don't make sense.

South Australia only have women and reserve teams in the NPL while their junior girls go through the Junior Premier League while FQ restructures in 2016 saw the removal of a stand-alone Youth Women’s competition. Despite protest from players and clubs, it was never reinstated.

In Queensland, the NPL Women's competition, which has 14 teams, is confined to the South-East of the state. Effectively, for each team and each age group, there needs to be 20 players for U13, U15, U17 and senior women's while players from outside this region make up only a small percentage that participates in NPLW.

Already, this is a concern as players are set to miss out on vital development and opportunities to improve on their football skills because of where they live. There are talented players from untapped regions without NPL programs, regions where players like Sam Kerr, Lisa De Vanna, Lydia Williams and Ellie Carpenter originated from. How many of these potential stars have we missed because of lack of same NPL regional programs available to metropolitan areas?

Along with this NPL is competing with local leagues who have fees of around $500 compared to NPL which is upwards of $1,500 a season. This has meant that it's not always the best young footballers playing in the competition but those who have the funds to do so.

While NPL isn't be all and end all in football, everyone should have the opportunity and choice to play in the competition. 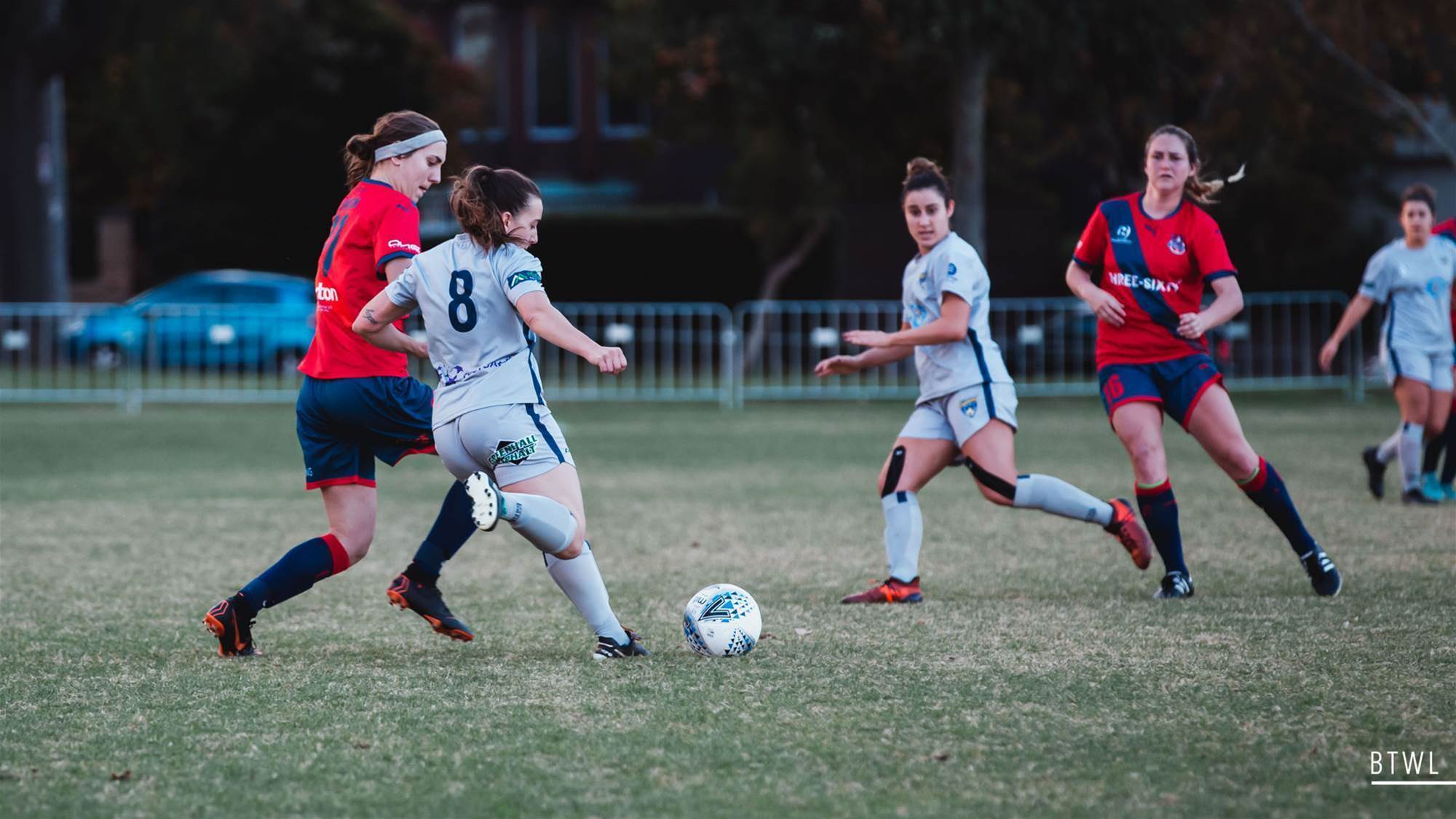 Now we come to the clubs. Some clubs do have a prominent focus on their women's teams or treat their female players equal to the men, which is great to see, but unfortunately, some clubs simply choose to focus on their men's teams.

This leads to inequality at clubs which in turn make female players feel as though they are not valued, an issue which has been pointed out previously. However, on the opposite end, there are clubs who splash some cash to buy their women's players. It's great to see clubs have financial capability do this but if they win the competition because they brought a number of visa players, is it benefiting the development of players in that area?

You could argue that they bring experience but could these funds be used to subsidise players that cannot afford the fees?

In most cases when these situations happen, it seems that it leads to blowout score’s where 8-0 or higher is not uncommon and while the winners are grinners the teams on the end of these score lines lose morale and confidence.

I guess this is character building, we all have to deal with losing but does it develop skill and build technical ability?

If players do not see the light at the end of the tunnel will they keep going? How are they going to improve? Why would they want to continue to be in the game?

All we end up with is questions, and it takes us further down the unknown path.

While I've probably covered a number of issues in the last thousand words or so, there is one last thing I do want to point out, the limiting structure on players.

I don't mean limiting in terms of what they are learning, although that certainly needs to be reviewed on a regular basis, but limiting players from playing or engaging in sports outside of football. I remember clearly hearing a coach telling players not to play futsal because they believed the skills from that game would harm their development in the outdoor game.

Let them enjoy anything that will keep them developing their skills and confidence.

I know there are more issues than this and probably more that are regionally specific or even club specific.

But what are the solutions to these issues? More funding, more women in decision-making positions, more consultations with clubs, greater communication and common structures between State Federations, more coaching development, etc.

There isn't just one solution but could you imagine if women's football got the same kind of attention in the critical areas as the men receive or even just a little bit more than they do now?

Not just by FFA but State Federations, clubs, and sponsors.

The same mistakes that were made after the Socceroos "Golden Generation" need to be avoided at all costs.

If we want to maintain our status as one of the best nations in women's football after the current “crop”  then changes must be made now.