Writing in a PlayersVoice piece, the World Championship silver medalist, who had 11 knee surgeries in 11 years.

In the recovery room after her 11th surgery, which happened this past May, her surgeon came to see Bunton.

"I cried. And it’s probably the first time I’ve showed that level of emotion. As an athlete, failure isn’t an option and I felt like I’d failed."

It was a heartbreaking moment but deep down inside the 25-year-old knew the situation wasn't good but at the same time, she was battling with her mind.

At the end of 2017, Bunton had been selected in the World Qualifiers squad but she knew her knee wasn't right and after having scans, she was told she would need surgery to realign her bones. They inserted two titanium screws to realign the former Sydney Flames players patella.

However, it was a painful recovery with Bunton, who was on a strict pain relief schedule, ran out of painkillers and five days after my surgery, she was in absolute agony and had to call her surgeon.

After a long recovery, she returned to the WNBL with the Flames.

Bunton was finally playing without pain and was gaining interest from teams overseas but in a game against the Melbourne Boomers she felt a sharp pain in her knee, forcing her to come off at halftime.

Just ver a year since her last surgery, she was set to go under the knife again.

"My surgeon knew it wasn’t good to start with but tried to do everything to give me a shot at the Olympics," she said.

"I woke up in recovery in tears, crying to the nurse that I knew it wasn’t good. I knew that I wasn’t okay."

And not long after her 10th surgery, she was headed in for her 11th. With the discovery of a degenerative knee condition and if Bunton kept playing, she would likely need a full knee replacement and not playing anyway.

"No matter how many tears I cried or how much it hurt, I can retire at 25 knowing that it was all worth it," Bunton said.

"I was still able to play for Australia and achieved some great things. I’ll be forever grateful for that." 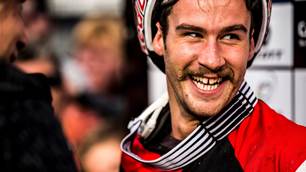