Brisbane Roar, Melbourne Victory and Western Sydney Wanderers (despite not playing) all had an afternoon to forget as the W-League enters the final rounds.

It should have been a chance for the competition's third, fourth and fifth placed sides to build momentum heading into what still will be a tense finish to the season.

Unfortunately, now it seems like which side can limp over the line, rather than barnstorm into finals high on confidence.

Western Sydney, fresh off a 3-0 derby shellacking at the hands of Sydney FC that could have been more, announced that superstar import Lynn Williams has terminated her contract at the club.

After the losses of Denise O'Sullivan and Vesna Milajevoic, with Kristen Hamilton now suspended and Abby Smith and Erica Halloway injured, things just keep getting worse for Wanderers.

They now approach their final matches having lost three of their last four. But they're still a huge shot for making finals, thanks in part to slip ups from Brisbane and Victory.

Roar started the afternoon with a surprise 4-2 loss to Perth Glory, after conceding three goals (two to Morgan Andrews, one to Crystal Thomas) in the first 25 minutes.

Feeling peckish? Have a cheeky chip 😂😉

Despite a spirited comeback of sorts, Brisbane finished well conceding four against the Glory.

Perth have been strengthening as the season's worn on but it's still a major shock for the Roar, who approached this game fresh off a confidence boosting thumping of Western Sydney and stalemate 0-0 against Sydney FC.

The final match of the afternoon saw Melbourne City demolish Victory 4-0 in the Melbourne Derby. Again, it could have been more, with City taking their foot off the pedal for the final half an hour.

Victory have been in the strongest form of the three finals contenders for the past few weeks, but have a dodgy record against the league's top five this season.

It's something that they'll have to rectify before their last home match of the season - the Big Blue - if they're going to approach the finals with any confidence.

It all adds up to a seemingly foregone conclusion in the Premiership race, with Melbourne City now six points clear at the top and looking stronger every week.

Sydney appear the closest contenders, but they've lost both their last meetings against Melbourne City fairly comprehensively and approach the end of the season without Matildas stars Chloe Logarzo and Caitlin Foord. 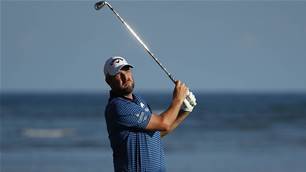