The on-field leaders of both the Brisbane Broncos and Sydney Roosters are aware of the legacy they're creating when they run onto ANZ Stadium this Sunday in the inaugural NRLW grand final.

Sydney Roosters and women's rugby league spiritual leader Ruan Sims said she feels she's "straddling the present and the future" and finds the situation she's in as "humbling" as she's enjoyed this week as a grand final player.

I'm playing against women who are incredible talents and the future of our sport and it is a very humbling experience and one I feel we're changing the world", she said.

Sims also acknowledged the women who trod the path before in women's rugby league before today's semi-professional era.

"I think the tipping point was probably (the) 2013 world cup, but even before that there were decades of work of women who got us to this position today.

"The best part about this week, I've seen is all these women; Annie Banks, Tarsha Gale, Tahnee Norris, Nat Dwyer, Karyn Murphy... have been celebrated for the work they did to get us to get us to where we are today.

Roosters captain Samaima Taufa echoed her mentor's statement and mentioned how a blend of youth and experience had taken the game to where it is at present. 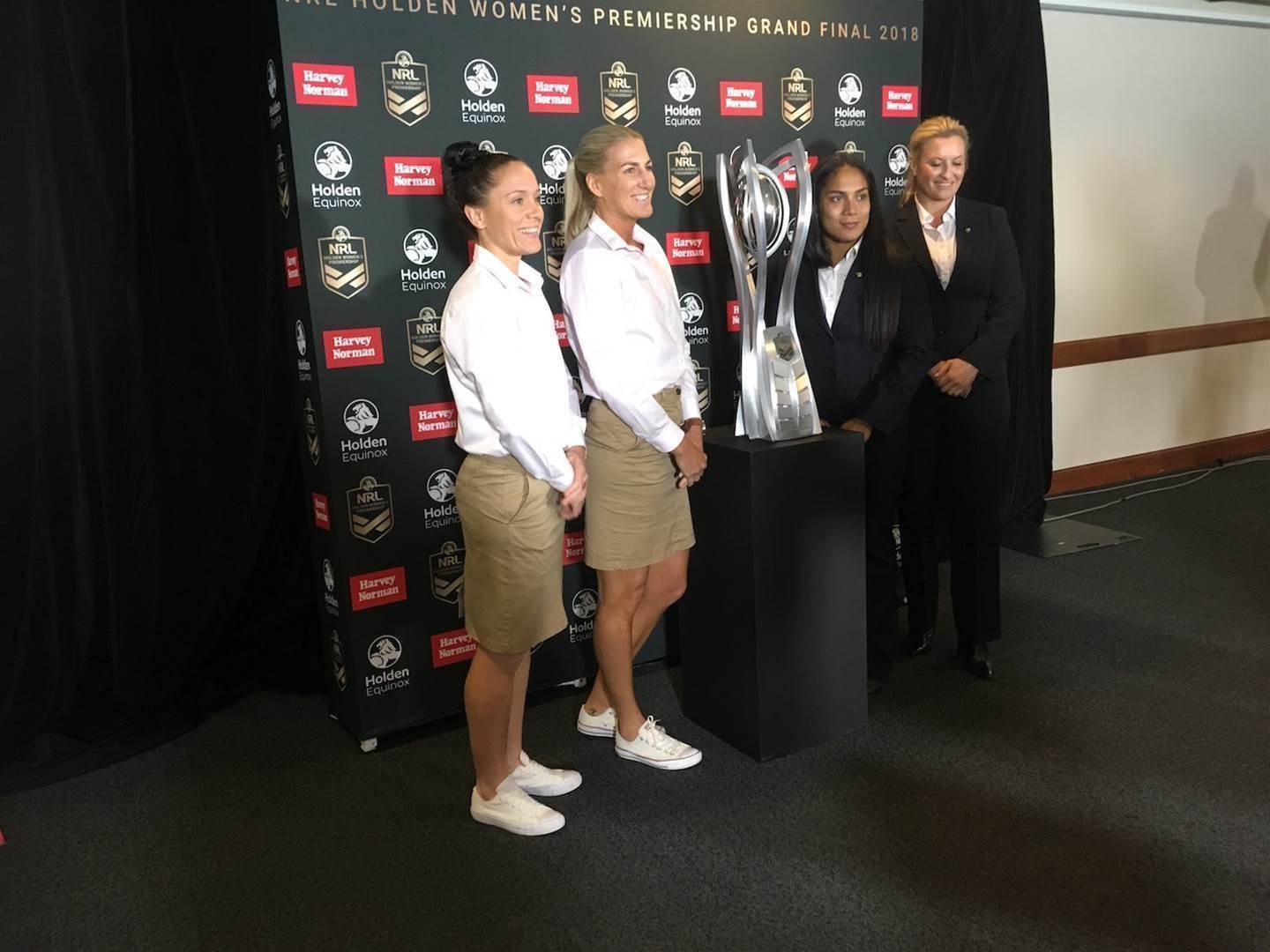 "Being part of grand final week is amazing in itself and to share it alongside some of your teammates you've played alongside in role models (in) Ru and Kylie Hilder and then you've got the young ones in Quincy Dodd who's coming through the system... it's exciting and we're cherishing every moment and the build-up, as it's not often you get a grand final", she said.

Broncos skipper Ali Brigginshaw said she's really proud of what the Broncos have been able to achieve thus far in the NRLW competition and she mentioned both the Broncos and the Roosters success is due to the efforts of many people at those organisations.

"I know there's a lot of people who have put in a lot of effort into making this comp happen, so I think from the Broncos and the Roosters when we run out there, we're doing those people proud and the people back home... we're Queenslanders, so from back home you know they're all behind us in that game and we've put in the hard work, but theres a lot of people who've put in the hard work for that week, so just a really proud moment", she said.

Dally M Player of the Year and Broncos vice-captain Brittany Breayley mentioned how playing in the first-ever NRLW grand final presented a "really surreal" feeling, but one she is immensely proud and honoured to be part of as a player.