While the pressure is on from the beginning of the qualifying process for a World Cup it definitely increases once the knockout stages begin.

However, Norway are the picture of calm as they head into these do or die matches.

Right back Ingrid Moe Wold, a familiar face for the Norwegians with over 60 national team appearances, revealed that the team’s mindset has not changed since the start of the competition.

“We have a tough group but we are preparing to win every game, just as we did from the start,” she said.

This mentality goes all the way back to January when coach Martin Sjogren set the goal of a podium finish.

“We made ourselves an ambitious goal, back in January we said that and we started our work with that. We have a belief that it is possible but only if we work and play at our very best.”

Playing at their best could see the team adopt a very similar playing style to the Matildas with recent training sessions focusing on how to best utilise the width of the pitch.

While it will not be a completely revamped game plan as they will still be applying their usual defensive focus Moe Wold admitted that changes have been made and we may be seeing a much more aggressive side in Nice. 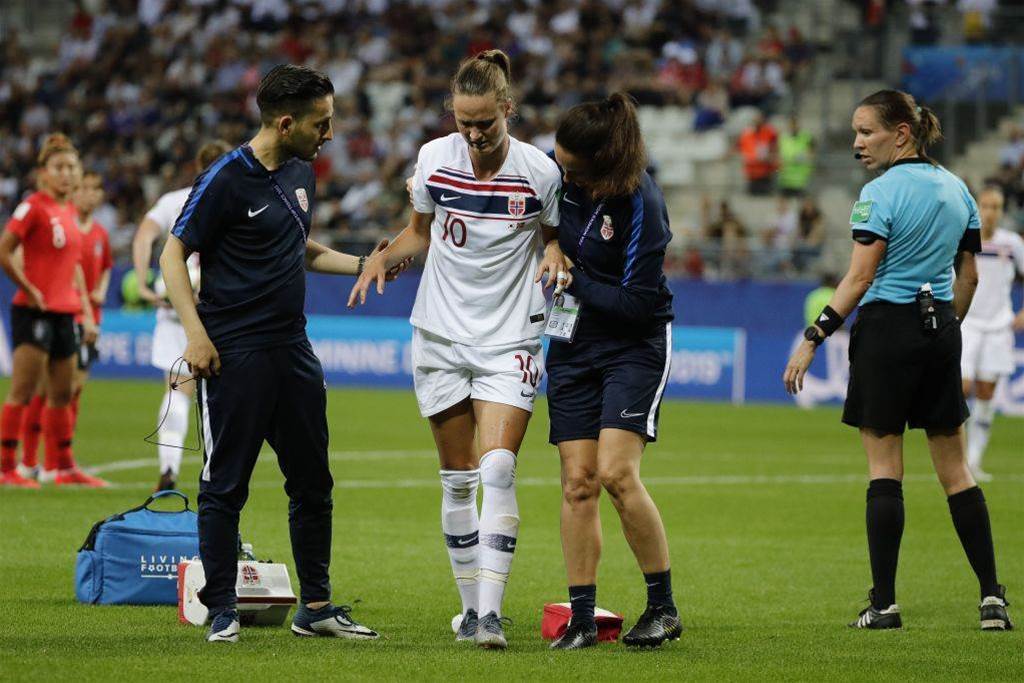 A key part of this offensive aggression could be found in winger Caroline Graham Hansen, who was under an injury cloud following the Norwegians last group game against South Korea.

After being asked about how she has progressed in the last few days Sjogren proceeded to detail her whole day from waking up, taking an elevator down to breakfast and beyond before revealing that things look positive and she will be ready for tomorrow.

When asked about his thoughts on the Matildas he noted that the side is different from the one that beat Norway 4-3 in last year’s Algarve Cup.

“Australia is a very good team and they have changed a bit since last time, they are more direct. We have huge respect for how they play but we also have a very good belief in our own defence,” Sjogren said.

This defence will be tested by an in-form Sam Kerr, fresh from her four-goal masterclass against Jamaica.

“We have been good in our own box. We know she’s been creating chances but we know we’ve had good control but still, we have to always play well at this high level. We are prepared defensively and we have been doing well so far.”

While placing the emphasis on his team’s defensive capabilities he thinks that could be an area of weakness for the Matildas, noting that they have managed to score goals but have also conceded in every match.

“We are two good teams so I think we are going to have a fair match...The quality of female football in the world is constantly growing and there are no easy games anymore, everyone can challenge and win against anybody and that is a positive thing.”