Tameka Yallop was one of a clutch of Matildas at their first World Cup in 2011 when Australia denied Norway a place in the knockout rounds.

In case any Matildas were unsure of Norway's World Cup pedigree, one record makes their form at the tournament abundantly clear.

In the seven previous World Cups, Norway only failed to make the knockout phase once.

That was in 2011, when the 'Grasshoppers' entered the final match of the group stage needing to win to get out of their group.

Their opponents in Leverkusen? Australia.

Kyah Simon's double was enough to send the Matildas through to the quarter-finals, ending Norway's run of making it out of their group every time.

Tameka Yallop was sitting on the bench that day, aged 20, at her first World Cup, along with other tournament debutants Sam Kerr, Elise Kellond-Knight, Caitlin Foord, Emily van Egmond and Teigen Allen.

Yallop has since gone on to forge quite the bond with Norway since, playing there the past three seasons with no plans to quit.

She said the Matildas should expect a strong and determined opponent in Nice on Sunday morning (AEST).

"Based on my experience in the Norwegian league they're quite physical," she said.

"Tactically they're pretty strong as well.

"They're quite disciplined and in their formation and shape. They play good football as well, so it'll be a good clash coming up against them."

Yallop said the two countries shared more in common than not, but one area the Matildas could derive an advantage from is the climate in Nice.

The sun has beamed down over the seaside city all week, and the Matildas have spent their free time on the rocky beach opposite their hotel.

Given the bulk of Australia's squad plays in the W-League over the summer, Yallop said the conditions felt normal.

"Being Australians and the temperature that we suffer from Down Under, I think we're probably a little bit more experienced in the heat," she said.

"Whether that goes our way on the day, who knows? But we'll be prepared for it and just keep looking to play our part in the game." 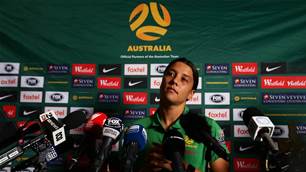 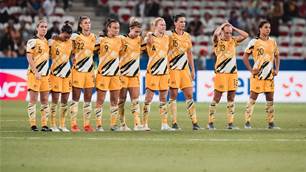