Page 2 of 2  |  Single page
Blissett insisted the tournament would benefit the ladies who are facing some Olympic qualifiers in the new year as they set their sights for Tokyo 2020.
“I think the tournament was helpful more than anything,” she said of the Thailand experience. “No one walked away with their confidence shattered.
“We are more determined and want to work harder as we don’t want to experience that feeling again.” 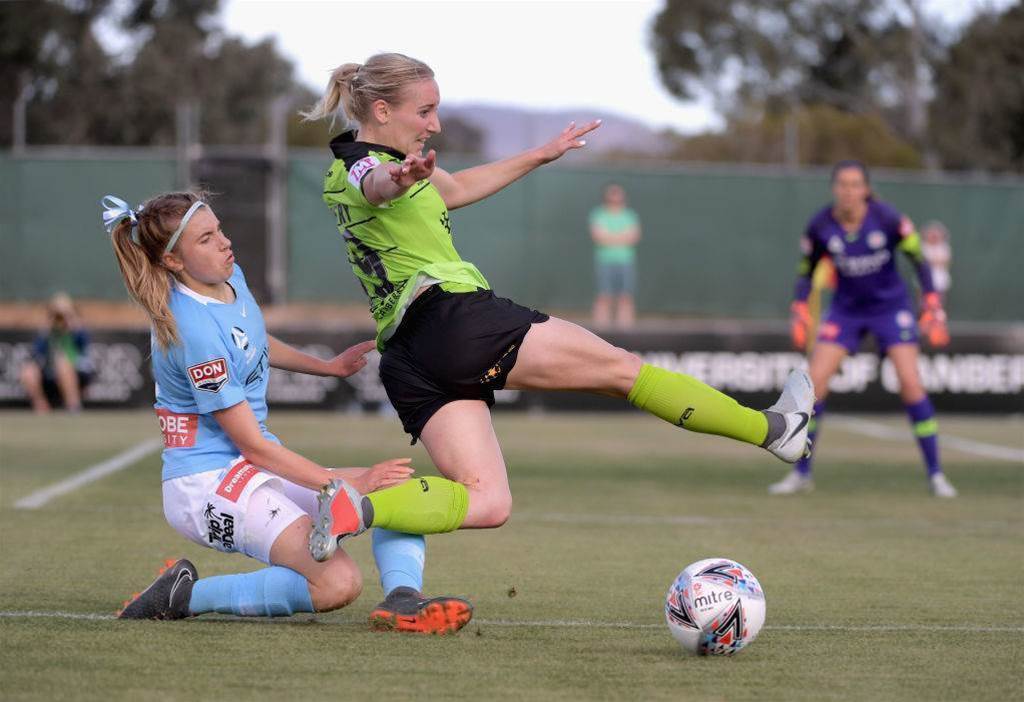 The positive attitude in the 19-year-old is very refreshing and reflects the fine young lady that came from the regional town of Albury to the bright lights of Melbourne (to play with South Melbourne in the NPLW in 2017 and 2018) and then Sydney.
She is the type of player a club like Melbourne City can build their culture around.
City host a young Adelaide team on Saturday night in Shepparton where Blissett will come up against a Young Matilda team mate in Mary Fowler. The 16-year-old striker is one of the most exciting footballers in the country and Blissett is looking forward to the challenge.

“Yeah I am excited to play against Mary, I have trained with her all year, so it isn’t anything new to come up against her,” she said. “She is a very talented player and is one to watch in the W League.
“We have a world class defence, so it will be a good match-up for her and for us as well.”
With an average age of only 20.7, the Reds have many talented youngsters who want to make their mark in professional football. Blissett was well aware of the other threats, apart from Fowler, that Adelaide United presented:
“Charlotte Grant is an attacking and aggressive fullback. She brings extra attacking power when she makes her runs along the wings...Sarah Willacy is also a really good keeper.
“We were ecstatic about our result in Canberra last weekend. I think we needed some momentum going into this weekend. It will be a great challenge against an exciting young team.”

Melbourne City fans, team mates and coaches will be well pleased to have a young woman so determined to succeed.