Milicic is currently leading the Matildas to the France 2019 Women's World Cup and recently signed an extension to see him take the women's national team to the 2020 Tokyo Olympics too.

But his national team duties will end just in time for him to take the reins at Campbelltown-based Macarthur when they join the A-League for the 2020/21 season.

Milicic's appointment was revealed at the club's official launch of its name, colours, badge and Bulls nickname. 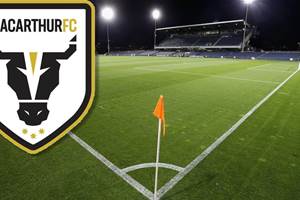 Revealed! It's The Bulls!

The A-League's second new club have confirmed they will be called Macarthur FC, nicknamed The Bulls – and play in black, white and a golden ochre

The former Western Sydney Wanderers and Socceroos assistant coach has been linked with the new club since they were formally announced as the second of the two new expansion clubs.

Ironically, Macarthur have revealed their head coach before the other new club – Melbourne's Western United – which joins the competition after Sunday's Grand Final.

Milicic, 45, believed his international experience, including World Cups, would stand him in good stead at the helm of an A-League team.

"The timing was right for me," said Milicic, who relished to challenge posed with a start-up club. 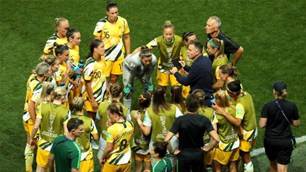 The Matildas will 'probably' need a men's coach: Ferguson-Cook