Newcastle Jets' veteran W-League coach Craig Deans will take charge of the A-League side on an interim basis following the sacking of Ernie Merrick.

Merrick, who was the A-League's most experienced coach and led the club to the 2017 Grand Final, was sacked following two wins from his first 11 games, with 25 goals conceded.

A former Newcastle Jet, Deans is the W-League's most experienced coach with five years at the helm, winning the 2015-16 W-League Coach of the Year.

It's unclear how Deans' new, albeit temporary, dual role will affect both teams, with Newcastle's W-League side set to face Adelaide United at 5pm this Friday, immediately before Newcastle play Sydney in the A-League.

"During Ernie's tenure, the club reached its first Grand Final in more than 10 years and we're grateful for his contribution during his two and a half years in Newcastle," Jets chief executive Lawrie McKinna said in a statement.

"However, results and performances haven't been good enough this season and a change was needed.

"On behalf of everyone at the club, I wish Ernie all the best in his future endeavours." 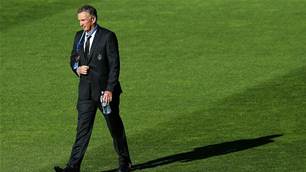