The Silver Ferns have finished their Netball World Cup in stunning fashion, upsetting the world number one Diamonds 52-51 in the gold medal match.

With just a minute remaining, Caitlin Bassett brought her side back within a point of New Zealand, however, it was too little too late for Australia as they failed to cut through the Kiwi’s high possession game.

The Silver Ferns have not claimed bragging rights against Australia at a World Cup since 2003, yet following an unsettled first quarter, the Kiwi’s confidence and flare continued to rise, led by the experienced heads of Casey Kopua and Maria Folau. 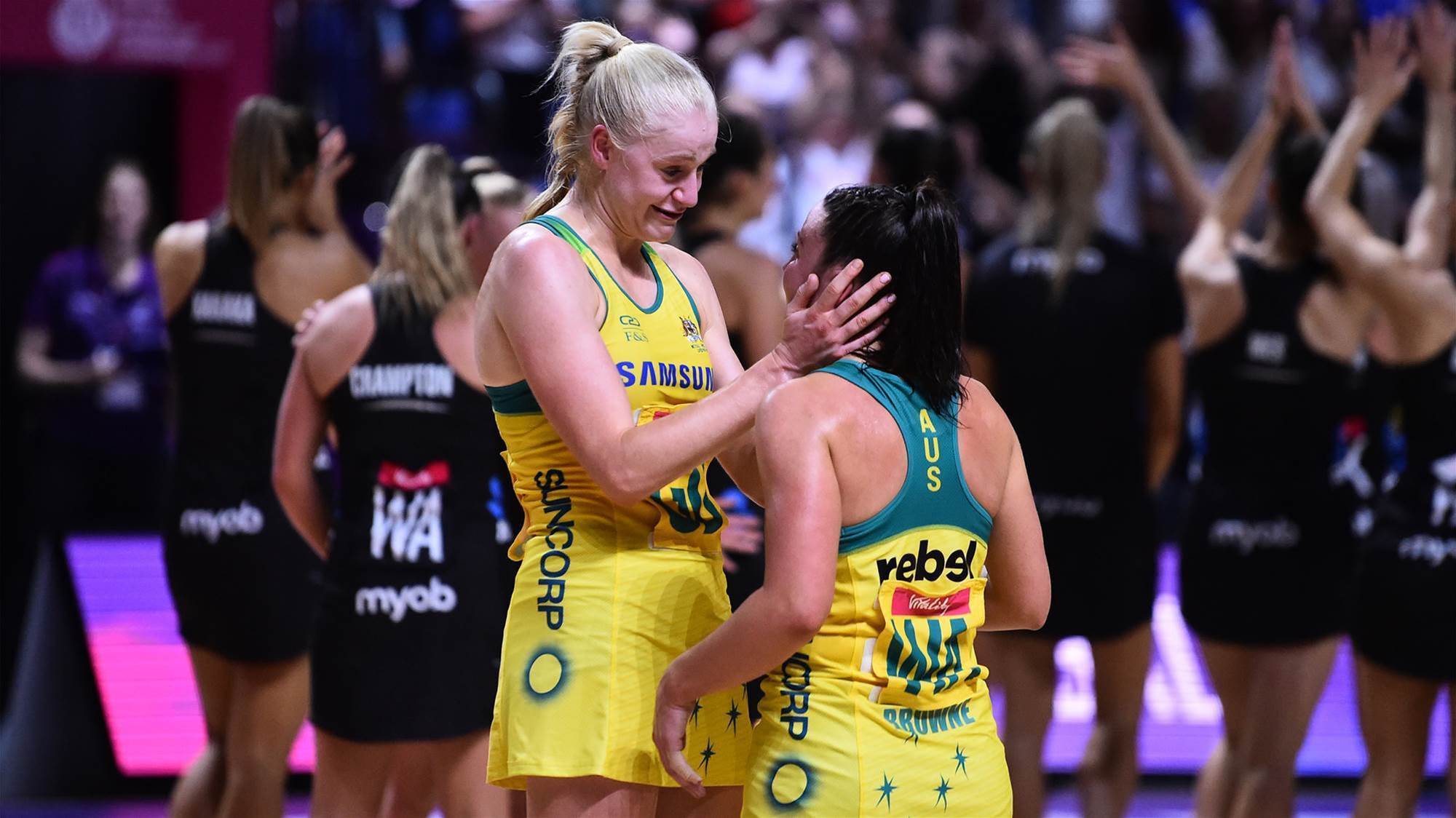 What initially began as a scrappy contest, New Zealand found composure, forcing their opponents to appear disjointed and unsettled – a fragment of the depth blessed team which lit up the early stages of the tournament.

Dubbed a battle of the coaches, Noeline Taurua showed her class, with her side reinvigorated with flare, despite any doubts over the Silver Ferns’ form, following a lacklustre 2018 Commonwealth Games tournament.

After a strong defensive first quarter from Courtney Bruce and Jo Weston, stifling the attacking efforts of the Ferns shooters, as they continued to settle, the Kiwis were able to find fluency in attack, smothering Australia’s defensive efforts in the process.

This led to Bruce appearing rattled, lacking her trademark body on body play, eventually invoking Lisa Alexander to give Sarah Klau the nod for the goal keeper bib in her place.

Yet, Australia was unable to regain their trademark effortless attacking flow, as their sharp game style was compromised by atypical turnovers and penalties.

Following a perfect winning record in previous matches this tournament, Diamonds coach Lisa Alexander was stunned with the result.

“We’re terribly disappointed of course not to get the job done,” she said in her post-match press conference.

“We didn’t bring quite our A-game, but that’s what sometimes happens, the opposition snuffles that out.”

By the finest of margins the Silver Ferns get the Gold Medal!

Meanwhile, Taurua was ecstatic with her side’s defining win.

“I’m absolutely proud like always. Our fossils stood up for us today,

“It’s massive for the silver ferns, for Netball NZ and just for the general community back home.”