The Matildas will retain 50% of national team revenue throughout the COVID19 shutdown, in a revised CBA agreement formed with the Socceroos by FFA and PFA.

The new CBA was required due to the shutdown and subsequent significant reduction in international matches and tournaments due to the COVID outbreak. 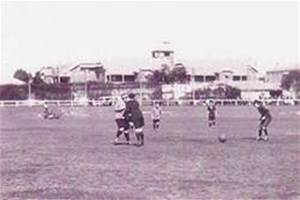 While there is evidence of women playing organised football in NSW as early as 1909, on 24 September 1921 the first official publicised women's football match in Australia was played at the Gabba between the North Brisbane Reds and the South Brisbane Blues.

“This agreement ensures that the Socceroos and Westfield Matildas will continue to receive an equal share of the revenues generated by our National Teams, yet also serves to support the financial health of the game more broadly," Johnson said.

“The agreement guarantees that contracted Westfield Matildas will continue to receive a monthly wage, something we view as critical to supporting our elite female players in line with our ‘player-first’ values.”

“We have worked collaboratively and with strong principles with the PFA and the National Team players to carefully consider the challenges we are confronting and developing a future proof agreement which takes into account the environmental challenges that we are confronting globally at present.”

“With this CBA now finalised, we look forward to working with the players and PFA to develop plans to recover from the pandemic. The strong schedules of activities both teams are set to experience in 2021 and beyond will assist in the regeneration of long-term national team revenues, which will not only benefit our elite players but many other areas of the sport.”

New PFA co-CEO, Kathryn Gill, said it was key to preserve this deal in the lead-up to the 2023 World Cup, given the revenue that it's hoped hosting the event will bring to Australian football coffers.

“Preserving a world-leading CBA during a challenging period for the industry was of critical importance to the players as we seek to work in partnership with FFA to rebuild the sport in the wake of COVID-19," she said.

“The National Team CBA model was designed with the flexibility to allow individual entitlements to be redirected, meaning we could find a solution that dignifies the Matildas as professional footballers and ensures an equal distribution of revenues to the players, whilst maintaining the high-performance environment.”

“Importantly, this outcome can help our sport build the foundations for a once in a generation opportunity; hosting the FIFA Women’s World Cup 2023.”

While the PFA and FFA quickly agreed to their national teams CBA, the A-League and W-League clubs have failed to reach a separate agreement with the PFA over their player wages.

A-League clubs were attempting to slash their wages by up to 30%, a figure that was rejected by the PFA, forcing FFA to enter negotiations as a mediator between both groups.

It is currently unclear how up to a 65% loss in revenue for clubs, stemming from Fox Sports' decision to exit their current broadcast deal, will affect the W-League teams.

Reductions in spending in coaching and facilities are already in the pipeline among many sides, with current W-League team budgets of approximately $1 million per season likely to fall.

But W-League players themselves are set to be spared the brunt of cuts due to their already low or minimum allowable wages.

With the majority of W-League teams already losing many of their highest paid Matildas and foreign imports to European leagues this season, W-League sides are already in a position to cut back on player spending without reducing the wages of their current squads.

With an agreement yet to be reached and W-League restart date not forthcoming (although likely to be delayed until next year), the future of Australian domestic football remains uncertain.

But if any clubs are poised to survive this relatively unscathed, it's those with the highest reliance on local talent.

"We've had a strategy for the last two years which has always been around the girls that are maybe on the fringes of the Matildas, having some talented local Victorian players in the group and supplementing that with a few quality foreign players that we can fit in the salary cap and budget.

"Our strategy hasn't really changed. We've not been targeting and going after the best Matildas and thinking we can compete to keep them here from Europe. Ours is the next group that, really, what we want to do is give them regular game time in the W-League, get them in the Matildas, get them overseas and be that platform.

"Angie [Beard] is one of those girls that exactly fits that bill: right on the cusp of the Matildas, one we feel that should be in that group and has been important for us."