The new match officials for this year's A-League Men and A-League Women's competitions were announced by the Football Australia Referees Committee.

The match officials include four newly promoted referees to the A-League Men's competition and three A-League Women's officials for the upcoming 2021-22 A-Leagues seasons.

Tim Danaskos of New South Wales, Lachlan Keevers of Victoria, Jack Morgan of Victoria and Casey Reibelt of Queensland are the newly added A-League Men's officials.  They are now part of the fourteen match officials for this year's competition.

Casey Reibelt becomes the second woman on the list.  She joins Kate Jacewicz who in 2019-20 made history when she became the first woman to officiate an A-League men's game.  Jacewicz oversaw a Melbourne City versus Newcastle Jets clash.  Both women are also the only two people listed as Video Assistant Referees.

Three previous A-League Mens officials have announced their retirement from national duty:  James Cleal, Adam Fielding and Tony Peart.  Peart left the position to focus on his new role as the Head of Referees for Football Victoria.

The A-League Men's first match is currently scheduled for a November 19, 2021 kick-off while the A-League Women's will start on December 3, 2021.  There have been no specifications if the referees listed will be separated into conferences for the beginning of the season.

A reluctance to commit in a timely manner to Perth by Diego Castro opened the door to the recruitment of Daniel Sturridge and the closure of Castro's Glory career. 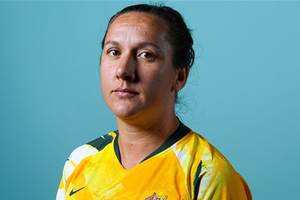 'Up to the players': Croatia deny spying trip for A-League, NPL youngsters