Basketball Australia has named the twenty-three players who will be part of the 2020 Australian Senior National Team Squad.

This squad announcement comes ahead of a busy year for the Opals.

Qualification for next year's Asian Cup are still currently scheduled for November of this year.  A WNBL season will then follow it. The Opals then compete in the 2021 Toyko Olympics for which they have already qualified.  This will be followed by the 2021 Asia Cup.

During this period the national team will hope to gain momentum not just entering the next Olympic year, but they will want to sustain any possible progress and success entering 2022.  This is when Australia is set to host the 2022 FIBA Women's Basketball World Cup.

Preparing for all major upcoming tournaments and creating a squad for both the present and the future is therefore imperative.  This is the reason for the expansion made by Opals Head Coach Sandy Brondello who has included twenty-three players in her squad.

The twenty-three players will get a chance to demonstrate their skill and game in order to gain selection on the final roster.  Brondello reserves the right to increase or reduce the size of the squad depending on individual performances and competition needs.

The current announced list includes a mixture of veterans as well as several new rookies. These include players who featured at the FIBA U17 and U19 Women's Basketball World Cups.  It also includes three naturalized Australians, only one of which can make the Olympic roster.

When speaking about the team selection, Brondello stated:

“While the core group has remained the same, we are excited to include some of our talented younger players (Shyla Heal, Jaz Shelley, Maddie Rocci, and Tiana Mangakahia) who have shown much improvement over the past few years and deserve their selection in this squad.

“While the Olympics postponement was disappointing but necessary, we are excited as a group to get back together in November and start the process of building our chemistry to become the best team possible for Tokyo and beyond.”

The full squad is listed below: 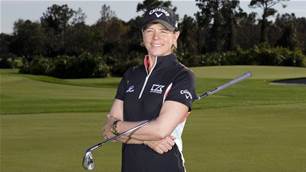