The Matildas have faced some criticism after failing to top their group despite being the top-seeded team.

When asked about the Norwegian coach’s comments that the Matildas are strong in offense but somewhat lacking in defence Milicic’s response was frank.

“That’s a fair summary. . . We obviously know there’s a few areas we need to tighten up and I think that when we do have the ball in the transition phase we have to be smarter with it, we have to be more controlled.”

One area of the Matildas game that has been much discussed is their defence and Milicic believes that improvements here start with an emphasis on attack.

This view is a product of his experiences as both a player and as a coach.

“I want to play the game in the opposition’s half, I want to be proactive, I want to have touches on the ball, I want to create goal scoring opportunities.”

It is almost impossible to talk about goal scoring opportunities without talking about Sam Kerr but Milicic was quick to refute the idea that any one player has become bigger than the team. 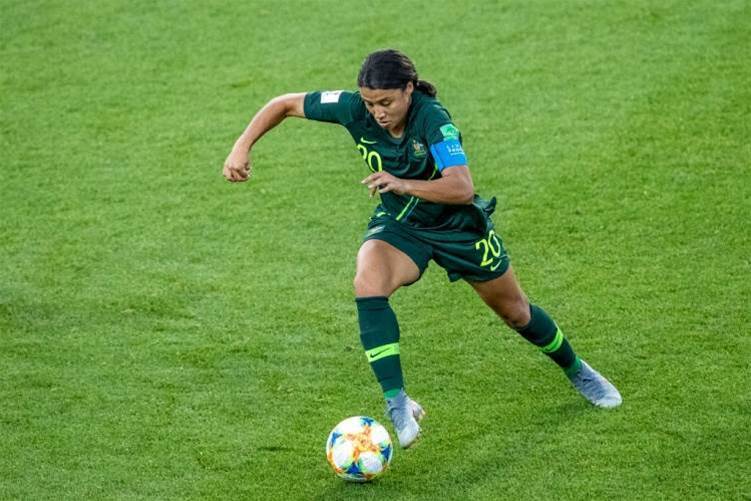 “Sam is our captain and a very important player for us but at the same time we work as a team together and our playing style and principle is about all 11 players being involved with and without the ball. We understand that to go deeper in this tournament all 23 players are equally important.”

A welcomed boost for the Australian side is that all of these players took part in a pre-game day training session.

Clare Polkinghorne, Tameka Yallop, Emily Van Egmond, Chloe Logarzo and Elyse Kellond-Knight were all named by Ante as having got through the morning’s training session in Nice despite various injury concerns. Potentially having all players available could mean that the Matildas line up may look a little different from the side that took on Jamaica.

“Potentially, we’re looking at a change. It’s very important to get some kind of fresh legs into the line-up. Particularly in those wide areas where there’s a lot of high-speed metres there with and without the ball.”

When asked about potential changes to the Norwegian side, specifically the injury cloud hanging over Caroline Graham Hansen, Milicic reiterated that the team is more focused on themselves and the things that are in their power to control.

Tameka Yallop agrees that the team is up for the challenge of the knock out rounds and will draw on their previous experience to help calm any nerves.

“We’ve been at World Cups before and made it to the knockout stages and progressed so I think we’re all up for the challenge."

"A lot of it comes down to communication and communication can be passed through a lot of things, whether it’s the type of pass that you get, body language, communication verbally. I think that can relieve a lot of the pressure and we’ve been working on that a lot.”

Milicic confirmed that the team is in a good place and the things they have been focusing on at training have been improving little by little.

However, at the end of the day, it’s what happens on the pitch that counts. When asked if he believed the Matildas’ best is better than the Norwegians best his answer hinted that this question can only be answered after the final whistle.

“We haven’t been at our best yet, so when we do and hopefully that’s tomorrow the answer will be clear...We’ll go in and focus on the game tomorrow night and do a good job, put on our best performance and in the end that’s all we can do. We can just work hard, believe in ourselves.”