"After her ankle surgery in January, we needed her to get back and again, going back to form and fitness to test some game time and she did come off the bench against North Carolina a couple of weeks ago but then she just didn't pull up as well as she would have liked.

"When you've had an injury and you've been out for that long there was a little bit of muscle injury after that.

"So I just felt at this stage, it was too much of a risk to bring her in the 23 but at the same time I think she deserves to come into camp and be there be around the group."

Another player to miss out on the squad was youngster Alex Chidiac. The 20-year-old, who plays for Atletico Madrid, did play against Argentina in the Cup of Nations but wasn't selected for the USA match last month.

Unfortunately, the former W-League player has only played in four games since March with Atletico with all of those appearances seeing her come off the bench.

"In the last couple of weeks she hasn't even been in the match day squad. There's just not enough kilometres in the legs for me," Milicic said.

"She really needs to have a look at her situation at the club and look at playing match minutes. That's what's most important particularly for a young player."

The Matildas head to their training camp in Antalya this weekend to begin preparations for the World Cup. The same base used by the Socceroos ahead of their World Cup campaign in Russia last year.

It will offer the chance for the team to reflect on the tactical side of their game before their pre-World Cup friendly against the Netherlands on June 1.

"To go far and deep in this tournament all 23 players are going to be required, they're all gonna have to play a part," Milicic said.

"I know the girls will be ready, I know they're looking forward to it so they just can't wait to start to get to be honest." 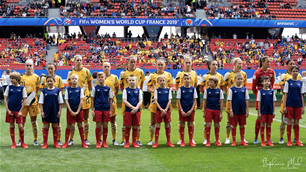