Melbourne City forward Rhali Dobson is rapt to see social media feedback about the W-League reveal how attitudes towards women’s sport have evolved.

City meet Melbourne Victory tonight in front of an anticipated bumper crowd at AAMI Park, with no A-League games being played this week because of the international break.

Dobson is in her second season at City and says she can tell how much interest in women’s football has grown.

“From what I’ve seen in the media of late, a lot of the two clubs' fans are supportive of the women and how they’re performing,” Dobson told The Women’s Game.

“I’ve chuckled at comments on social media saying ‘I wish our women’s team played after the men’, so it’s quite comical in a way to see how the women’s game is so appreciated compared to the men’s at the moment. 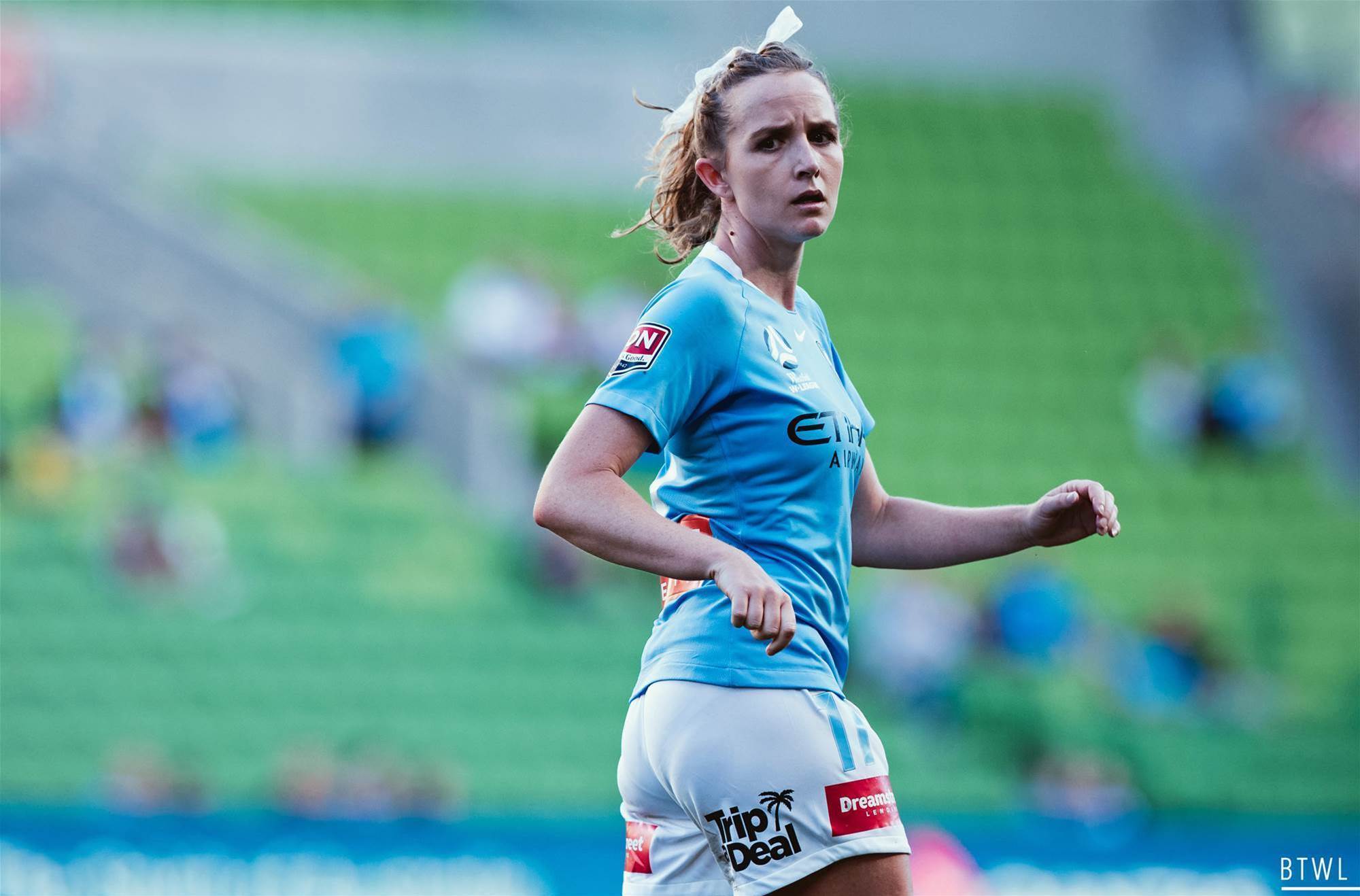 “The derbies we’ve had in previous years have always had pretty good turnouts with both teams fielding strong teams with Matildas in them and great internationals.

"Locals will want to see that and the fact that it’s a standalone gives the opportunity for a lot of fans to come and watch both women’s teams.

“With the women, what you see is what you get with us but we also surprise you in terms of how technical we can be.

"I think the fact both Melbourne teams are performing well and we’ve both had good wins under their belts, it’s going to provide both clubs’ fans to see a really good contest.”

Dobson said she wasn’t surprised City were the first W-League club to instigate a standalone derby at a big stadium.

“It was always going to happen eventually, particularly with the movement of the women’s game,” she said.

“We’re a club who likes to promote the women’s side of things as much as possible and in turn it really spurs other clubs to follow suit.

“It’s phenomenal for the women’s game and the W-League. Hopefully other clubs take this on board, whether it’s this year or the future.”