It was only seventh months ago Australian captain Meg Lanning suffered a shoulder injury, requiring surgery which ruled out of the Women's Ashes and recent Big Bash season.

The 25-year-old was managing the injury and played through the ODI series against South Africa and New Zealand along with her WBBL side Melbourne Stars without incident.

However, the injury started to cause issues in the lead up to the World Cup with Lanning limited to light training, her shoulder being heavily strapped and was being forced to sit out of two group matches.

The opening ODI against India on Monday was Lanning's first competitive match since coming back from surgery.

While there were some nervous moments when fielding, she still thinks she can make a contribution to the team.

"I'm still a little bit nervous diving around on it but other than that it is pretty good," she said.

"I'll be sticking to the underarms this series.

"I feel like if I get myself in the right positions I'll be able to contribute and that's what I'm looking to do," Lanning said.

She didn't hold back batting though as she made 33 runs off 38 balls with five boundaries.

"I was reasonably happy how I felt out in the middle," she said.

"I would have loved to bat for a little bit longer but that's the way it goes.

"So I'm looking forward to the next couple ODI's," Lanning said.

Coach Matthew Mott believes she has been playing well despite the long absence from the game.

"I think a seven-month absence for anyone is going to be difficult and she was really nervous coming into this series," he said.

"She hadn't had a good bat for a long time in the middle but I think the second practice match just showed her that she is still a good player." 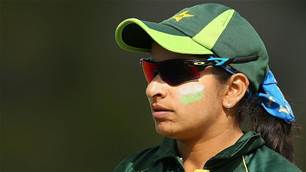 Who on earth is 'Lady Boom Boom'? 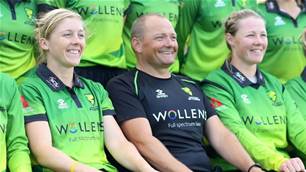 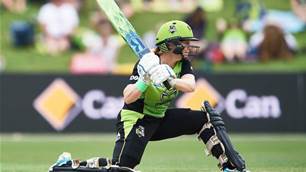 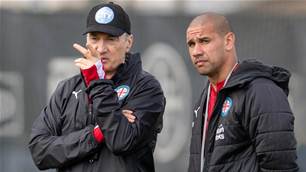 Mombaerts: We know what we did wrong