Check out the seven midfielders who are on the plane to France.

Club: Levante (Primera División)
Birthday: 18/03/1985
Hometown: Perth
Caps: 21
Previous World Cups: None
Did you know: She is one of the most travelled Matildas having played in the USA, Australia, Canada, Denmark, Iceland, United Kingdom, Norway, Sweden and Spain.

After being in and around the Matildas for the last 18 months, including earning a spot in the AFC Women's Asian Cup team, Luik seems to have become a favourite in the defensive midfield.

The 34-year-old had a great season with Spanish Levante as they finished third-place.

Despite her lack of World Cup experience, she has experienced the big stages before after being part of the side that won the 2010 AFC Women's Asian Cup in China. The 24-year-old was part of the W-League Championship-winning Sydney FC, even scoring a goal as the team claimed their fifth piece of silverware.

However, an ankle injury picked up in the Grand Final prevented her from linking up with the Matildas and new coach Ante Milicic for the Cup of Nations and again for the USA friendly.

After recovering, Logarzo made her debut for the Washington Spirit in early May off the bench. Last weekend in her sides win over Sky Blue FC, she provided the pass to help create the goal.

Junior club: Runaway Bay Hawks
Club: Melbourne City (W-League) and Reign FC (NWSL)
Birthday: 10/09/1990
Hometown: Southport
Caps: 106
Previous World Cups: 2011 and 2015
Did you know: It has been three years but this moment with Lisa de Vanna at the 2016 Rio Olympics will never be forgotten.

She is the third player in the squad alongside Clare Polkinghorne and Lisa De Vanna to earn more than 100 appearances with the Matildas.

After returning to the W-League last season Kellond-Knight finished with 11 appearances and played 990 minutes of football in total. After a bit of a debacle trying to get to the NWSL in 2018, the 28-year-old featured in three of a possible four matches for Reign FC.

Club: Newcastle Jets (W-League) and Orlando Pride (NWSL)
Birthday: 12/07/1993
Hometown: Newcastle
Caps: 85
Previous World Cups: 2011 and 2015
Did you know: After she graduated high school she took up a role with the AIS in a learn to swim program.

Van Egmond is returning to peak physical condition after missing a chunk of the Westfield W-League season with an ankle injury.

She returned to the field for the Cup of Nations before playing the full 90 minutes against the United States in April.

In the NWSL, the 25-year-old playmaker has been a regular starter with Orlando Pride in all five games this season. Junior club: Mudgeeraba
Club: Klepp IL (Toppserien) and Melbourne City (W-League)
Birthday: 16/06/1991
Hometown: Orange
Caps: 78
Previous World Cups: 2011 and 2015
Did you know: Yallop missed surfing so much that while playing in Sweden last year she decided to go for one.

Yallop scored three goals and providing four assists across the W-League season but didn't hit the strides expected from her.

The 27-year-old linked up with Norwegian side Klepp IL for the third time, where she has started in each of her side's eight matches and scoring four times in the process. 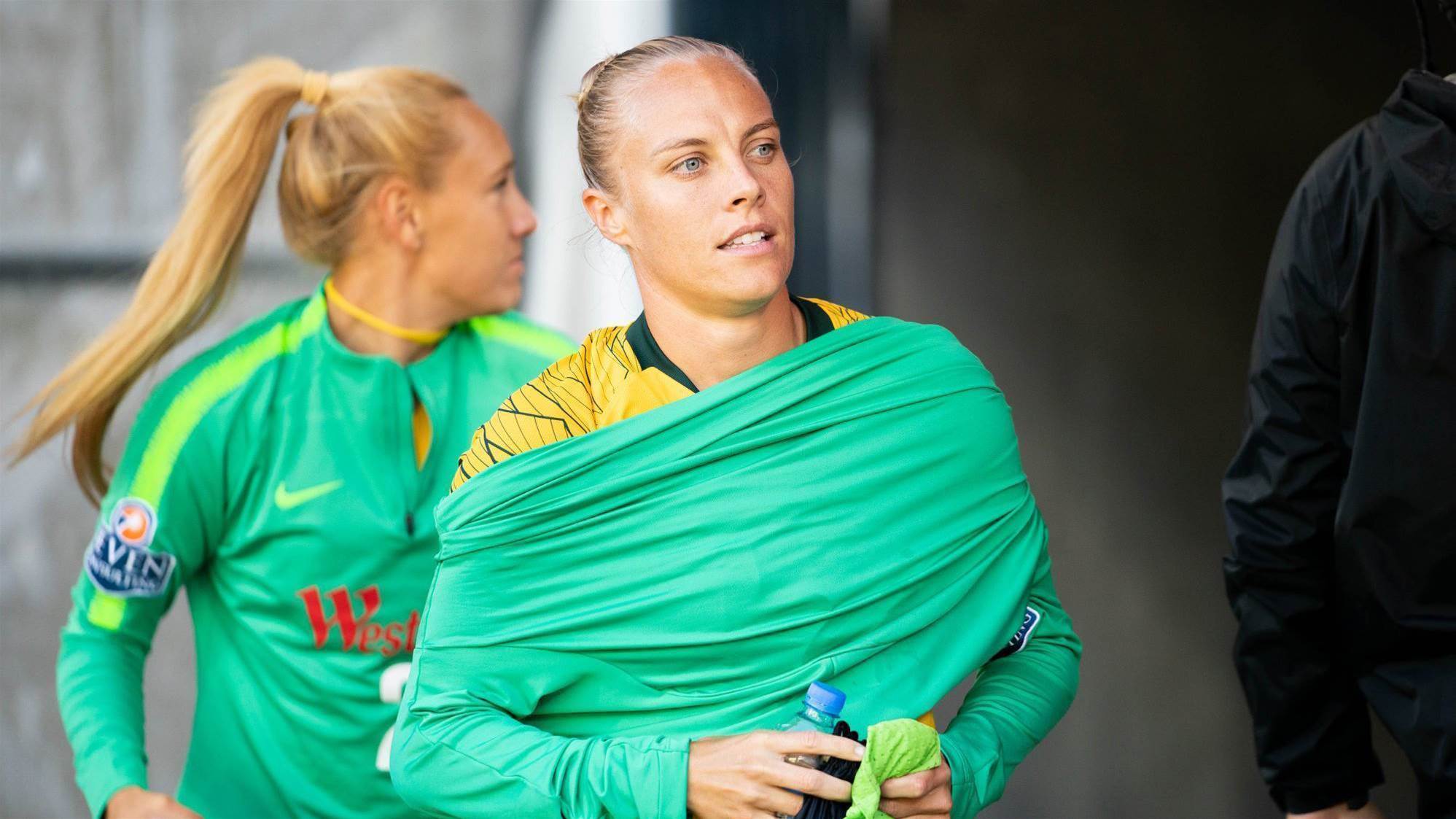 It wasn't an ideal start to 2019 for Gorry after she was sidelined for four months with a ruptured syndesmosis which saw her miss the remainder of the Roar's W-League campaign.

However, the 2014 AFC Women's Player of the Year was determined to be in the World Cup squad. She made her return to the field as a substitute against the United States.

Gorry brings experience to the squad having scored 14 times in her 73 appearances for the national side.

Club: Sydney FC (W-League) and Washington Spirit (NWSL)
Birthday: 21/04/1996
Hometown: Camden
Caps: 10
Previous World Cups: None
Did you know: She is a dual member of the dreaded ‘ACL club’.

As a former winner of the W-League Young Player of the Year, Harrison enjoyed a successful season with Sydney FC. She has been quite versatile at club level, having played at left-back on occasion for Ante Juric.

The 23-year-old signed with Washington Spirit for the 2019 NWSL campaign and has made three appearances so far.

For the Matildas, she was selected in Cup of Nations squad and played in all three matches.