Here are the seven defenders headed to France.

Junior club: Argenton
Club: Newcastle Jets (W-League)
Birthday: 19/07/1990
Hometown: Armidale
Caps: 11
Previous World Cups: None
Did you know: As a kid, she wanted to play rugby league but her parents wouldn’t let her.

Simon has been a constant presence in the Jets backline during the 2018/19 W-League season and only missed one match.

The 28-year-old has been in and around the squad since 2014 but it wasn't until 2017 that she became a regular player within the squad. She is a versatile player that can also play as a wide midfielder or winger. 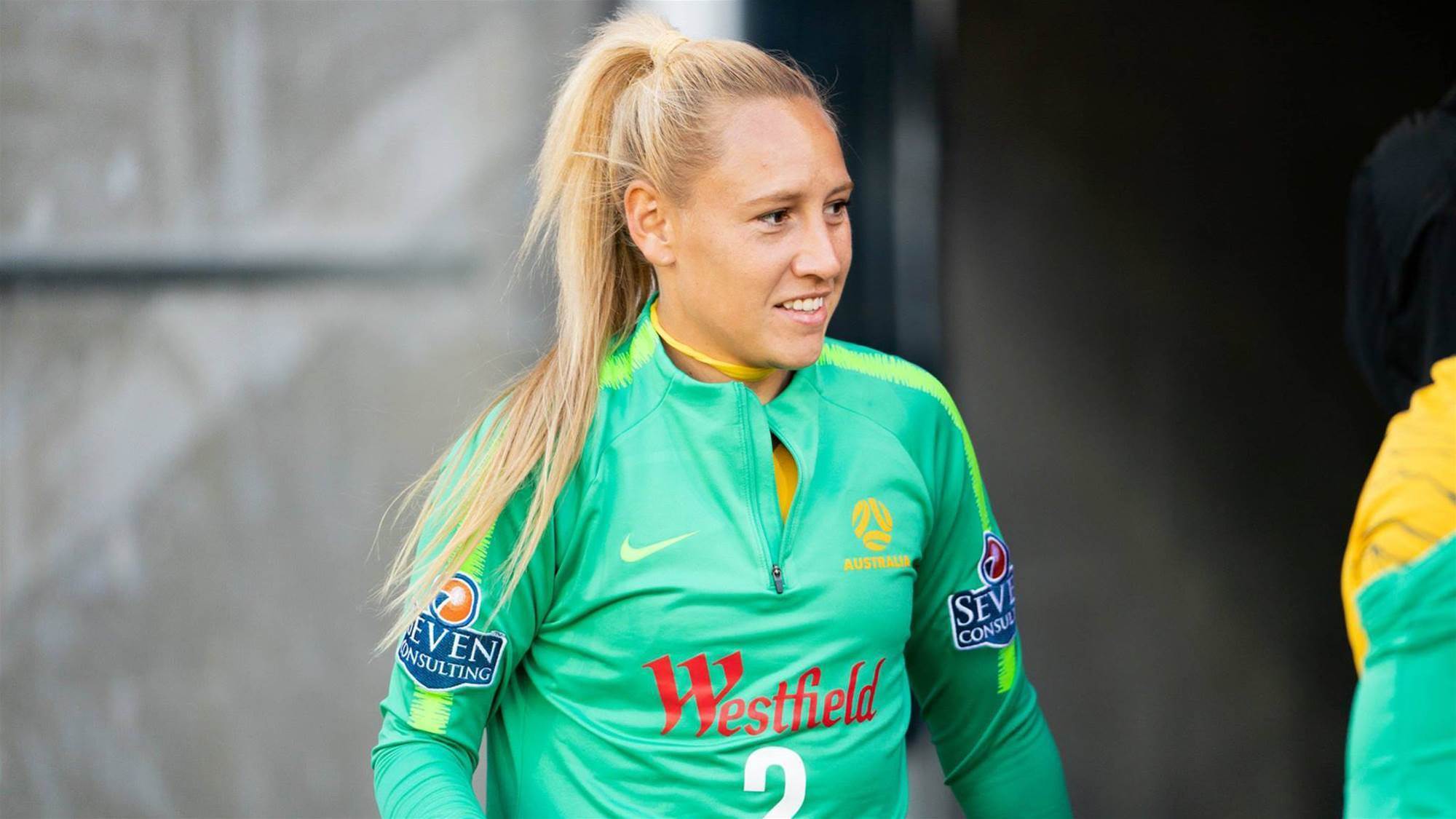 After being an unused substitute during the 2015 World Cup after being injured ahead of her third World Cup, Polkinghorne comes into this side as one of the most experienced players.

She's been a valuable member for the Brisbane Roar and her performance over the last two seasons show that you never stop improving as a player.

The recent W-League season saw her lead Roar to second on the ladder, the teams second consecutive season finishing in the top two.

The 30-year-old also likes to score a cheeky goal with her most recent Matildas strike coming in a 1-1 draw with England in a friendly last year. 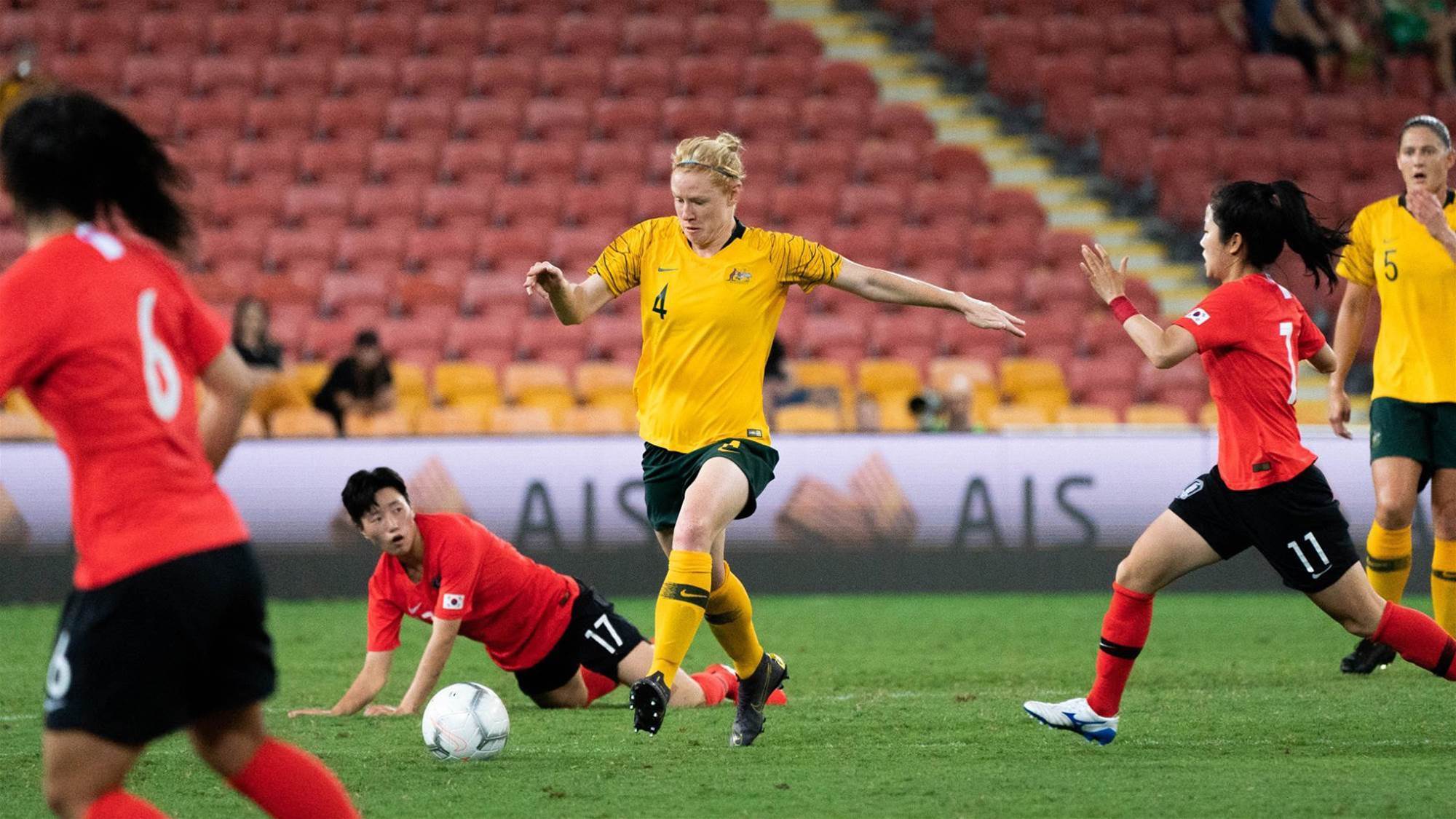 Club: Melbourne Victory (W-League)
Birthday: 28/11/1989
Hometown: Templestowe
Caps: 60
Previous World Cups: 2011 and 2015
Did you know: She recently got engaged to her American-born boyfriend, who will be supporting the Matildas at the World Cup.

Alleway is one of three specialist central defenders in this Matildas squad. The 29-year-old is actually one of the veterans in the squad headed to France having played in two previous World Cups.

During the W-League season, the Victory player had a great season and was alongside fellow Matilda Teigen Allen in defence.

Unfortunately, it's been a bit of an up and down year and a bit for Catley with injury planning a large role. The 25-year-old spent a chunk of 2018 on the sidelines with an Achilles injury.

Currently, she hasn't played in the NWSL this season being sidelined with a calf strain.

Catley made a successful return to playing after her Achilles injury in the recent W-League season and racked up 585 minutes of action across the campaign.

She will be a valuable member in the starting XI backline in France if she is able to overcome that calf strain.

Humbled, honoured and so excited to have been selected for my second World Cup. See you soon France, we comin’ 🇦🇺💪🏼🏆

At just 24, this centre back is off to her second World Cup. While she generally plays in the centre of defence alongside Polkinghorne, Kennedy is a versatile player so could play any position on the pitch if need be.

She's set to be one of the top picks for the central defensive role when Ante Milicic selects his starting XI for the games at the World Cup.

Kennedy had a blistering season with Sydney FC in the W-League which saw her win the Championship but her NWSL side hasn't had the best start to the season despite her consistent performance. Club: Canberra United (W-League) and Portland Thorns (NWSL)
Birthday: 28/04/2000
Hometown: Cowra
Caps: 31
Previous World Cups: None
Did you know: She became the first player born in the 21st century to play for the national team

Carpenter's 2018/19 season was a standout for the teenager as she tore up the right side of the pitch with her speed and also saw her receive the W-League's NAB Young Footballer of the Year for the second successive season.

With the Matildas, Carpenter has only improved with the more games she has under her belt and has started to make the right-back role her own.

Beyond excited for my first World Cup! Can’t wait to give it everything and come up against the world’s best! Let’s gooooo🇦🇺💚💛 @thematildas

Allen earned her second W-League Premiership and was one of the standout performers in Melbourne Victory's run to the top of the ladder.

The 25-year-olds performance throughout the season saw Milicic give her a call up to the Matildas for the Cup of Nations earlier this year.

It had been a long time between national team call ups for Allen who made her Matildas debut as a 15-year-old in 2010. She played 90 minutes in a 3-0 win against Argentina. 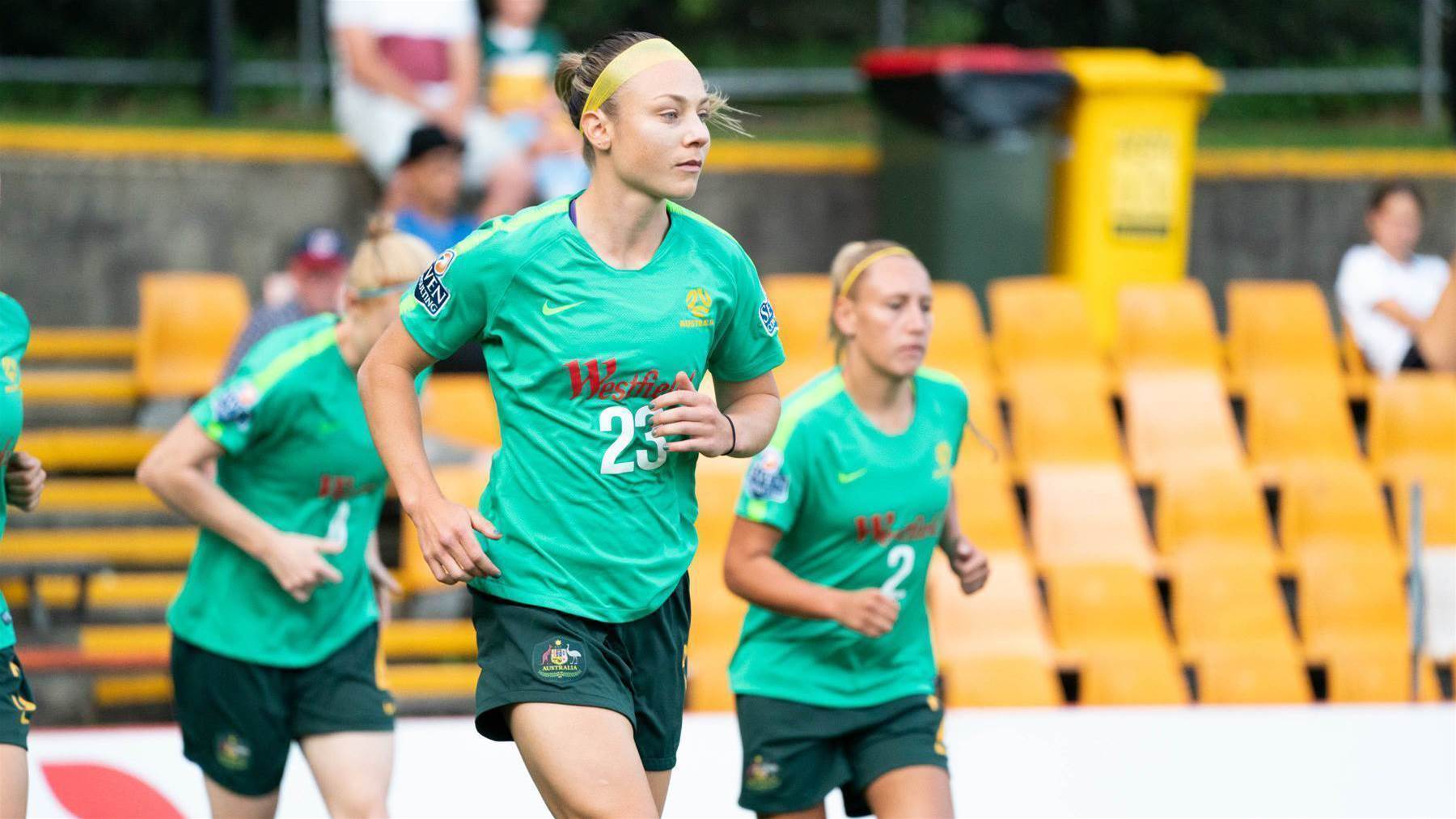 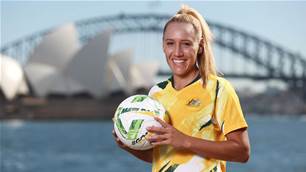