For the time being though, he is based in England working as an assistant coach at Arsenal Women's FC, the most successful female club in English football.

The 31-year-old is working under another highly regarded Australian in Joe Montemurro. Together the Australian duo won the 2018/19 FA WSL crown, Arsenal’s 15th league title.

From his base in London, D’Antino explains how much football was engrained in everyday life in the U.K.

“The cultural influence football has on everyday life is unmatched,” explained D’Antino. “It’s everywhere you turn in England, you’re exposed to it everywhere you go.

“The immersion of the game in daily life here - both women’s and men’s football - has been highly enjoyable.”

D’Antino is grateful for the opportunity of a lifetime that came his way last year when securing the coveted job at one of the world’s most famous football clubs. 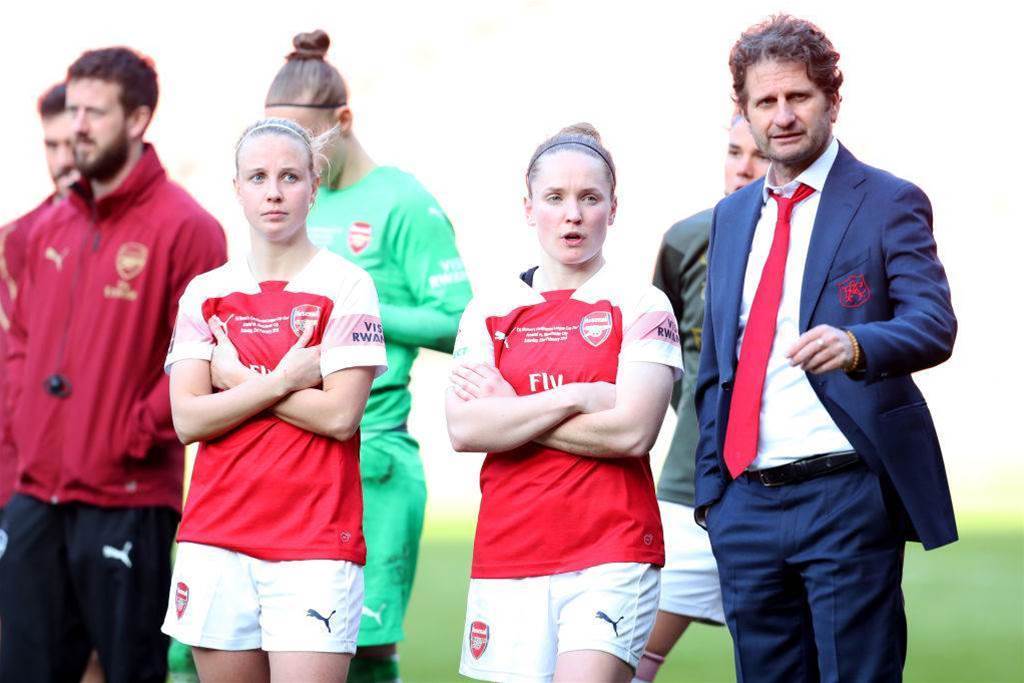 “Primarily the opportunity to work with world class footballers and management at an incredible training facility has been the most enjoyable,” he said.

“Joe (Montemurro) and the club have recruited incredible people and created a very rewarding environment. Driving through the gates at Arsenal is a daily reminder of how privileged I am.”

Prior to his dash over to England, D’Antino learned his craft at A-League club Melbourne Victory where he was Head of Performance Analysis for four years.

He played a key role in two A-League Championships.

He first started coaching at the age of 27 at FV State League One club Altona City and was coaching at Geelong SC in 2018.

He was being groomed to become the head coach in the Lion’s inaugural NPL season this year, but the call to head over to North London changed everything.

D’Antino, wife Nicole and son Eligh made the trip overseas. The family has grown now with the recent arrival of baby Reuben.

When asked about the challenges faced by coaches in the current football climate, D’Antino emphasised the importance of communicating clearly and tailoring messages based on each individual's needs. He admits he has learned a lot in his 18 months at Meadow Park.

“With the relocation abroad I transitioned professionally from analyst to coach so there’s been various aspects that have contributed to my learning,” he explained.

“The value of simplified communication.

"Translating key information in a manner that’s both clear for different players to digest, and then constructively impacts their immediate performance, is a critical skill required at the elite level.