With the announcement that the Matildas will take on Chile twice in November, TWG profiled the upcoming series against a well-known opponent.

It will have been precisely one year since the Matildas went one on one against the South Americans when Australia faces Chile in November.

There are good and years and bad years at international level and while Chile have been interestingly hard to judge, given the constant sense of gradual improvement around the side, it's hard to give Letelier too much credit.

In truth, La Roja Feminina have been perennial underachievers, which is important to understand looking back at the paradigm shift in performances we witnessed last time they hit Australian shores. 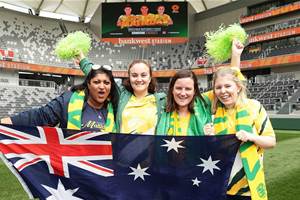 The Matildas will play their first matches on home soil since the Women’s World Cup when they face Chile in a two-match series in November at Sydney's new Bankwest Stadium and Adelaide's Coopers Stadium.

The Matildas played Chile twice in November 2018, suffering a shock loss against the world number 38 in their first match in Penrith, before making up for it in style with a 5-0 hammering in Newcastle.

This time Sydney and Adelaide will stage the honours, as Chile - who have risen to a near-high FIFA world ranking recently, but still suffer general underperformance - return Down Under.

Chile have been slow burners, in a similar but far less emphatic journey to their men's side. Lacking the general star power that we have become so accustomed to from the fiery football nation, instead Chile rely on a mixture of technicality and pace and a few reasonably experienced heads throughout the side.

Those who did the damage against Australia in that 3-2 win last November will still be there and are generally in form.

Francisca Lara and Carla Guerrero are threats from defence - Chile can play very effectively on the counter, and spreading the pacey trickery of their fullbacks can cause Australia problems. 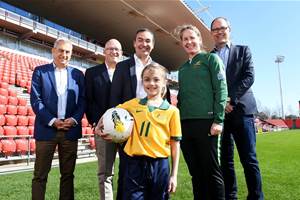 Shiny new Bankwest Stadium in Sydney and a return to Adelaide's Coopers Stadium for the first time in 13 years will play host to the Matildas against Chile in November - check out the pics from today's dual announcements.

As we saw during the World Cup and in the pre-tournament friendlies, Australia's fullbacks can be a defensive liability depending on the personnel. The South Americans are an interesting - if hardly unknown - test in this regard.

It will be partly interesting to see how Chile fare against our defence because their goal scoring has proven a significant problem - they only have three goals, two against Thailand, in their past seven fixtures.

Yanara Aedo, Yessenia Huento and Daniela Zamora are all highly experienced, capable forwards who have led the line for Chile across multiple continental competitions and have performed admirably against South American opponents, but struggle against seemingly any other confederation.

As Letelier has tried to seek a balance and poise to their play, attacking flair has been the most obvious casualty.

But for Australia, this may still be an excellent test of how far we've come. 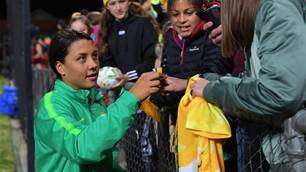 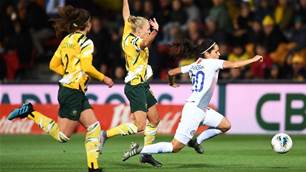 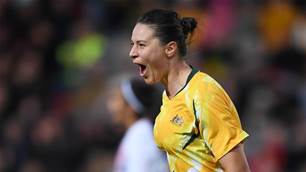