Joe Montemurro's side were outclassed by City, who bossed the majority of opportunities until the final 15 minutes, when Arsenal tried and failed to work their way back into the match.

City took the lead early but Arsenal equalised through a freak long-range effort from star Jordan Nobbs, however City immediately struck back and held on to meet Raso's Everton in the final, after they easily dispatched Birmingham 3-0.

Caitlin Foord played and almost scored in the final 15 minutes when Nobbs lifted a cross across the face of goal, but the Matilda couldn't latch onto the end of it.

Vivianne Miedema also had close chances, but it wasn't Arsenal's night. Montemurro's side still lead the WSL after two matches played however and will resume next up against Tanya Oxtoby's Bristol City. 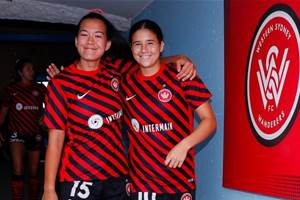 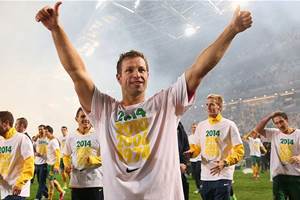 Legendary Socceroos recluse to advise Matildas on dealing with pressure