Caitlin Foord has been announced as the Orlandro Pride's newest signing, but it appears that a sudden move to Arsenal could be on the cards.

Arsenal - managed by Australians Joe Montemurro and his assistant Aaron D'Antino - are reportedly on the brink of signing Foord for this season.

The move comes in the wake of Foord signing for Orlando Pride this morning, after Portland Thorns traded the rights to her and Emily Sonnett in the hope of securing the NWSL 2020 number one draft pick.

However Foord's future in Orlando may be short lived, with interest from Arsenal set to make her the third Aussie in the Women's Super League if the move can be negotiated.

It would poise her as a direct rival with Arsenal's leading title challengers, Chelsea and teammate (and childhood friend) Sam Kerr.

New at @TheAthleticSCCR with a major overseas assist from @KiersTheivam: There's interest from Arsenal for Caitlin Foord, whose rights just got traded to the Orlando Pride today. #NWSL

Were Foord to secure an Arsenal transfer, it would rule her out of the remainder of Sydney FC's season as the defending champions try to make ground on Western Sydney Wanderers and Melbourne City. 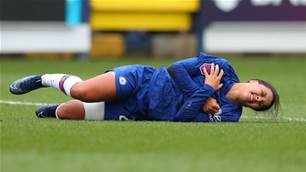 'They want to test what Kerr's made of': 'Target' Kerr warned about England 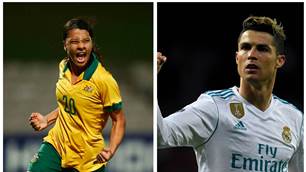