It was a horror day between the posts for West Ham's new Aussie keeper Arnold, who after starting her Women's Super League career with a bang by slotting into the Hammers first choice 11, has now conceded the worst performance of her career.

Credit to Arnold, who is strong enough to come back from this, because it started phenomenally well for the Matildas reserve keeper.

Arnold drew a standing ovation from the crowd after reflex-denying Vivianne Miedema in the opening minutes. But while there was little she could do after that, in truth, it was a day to forget for the Aussie stopper.

It was rough for West Ham all across the park, with Arnold sold out by her defence and Van Egmond coming off the bench but unable to stem the bleeding, as West Ham conceded five goals in a 20 minute period either side of half-time.

It was better news for Joe Montemurro's Arsenal Matildas, Catley started but was withdrawn early after a rough hit, while Foord starred in an off-the-bench cameo - she has been sensational in her first two games - and the Matildas star rounded off the scoring, notching the Gunners' ninth and final goal in the 86th minute.

This is what our Sunday morning needs more of - @CaitlinFoord scoring for @ArsenalWFC 👏 https://t.co/ICxlZb6G59

"Apart from having a spine that is experienced we also have characters that are able to adapt to different situations and different problems that teams can bring to us," Montemurro told Arseblog.

"That’s what I am excited about with this squad, whatever solution we need whether it’s in a moment, or a phase of the game or leading up to a game we can find those solutions.

"That’s probably the biggest education of this squad now, it’s not about one or two players it’s about everyone and everyone understanding how important their contribution is.

"We’re just about there with the characters that understand that and that’s what pleases me the most." 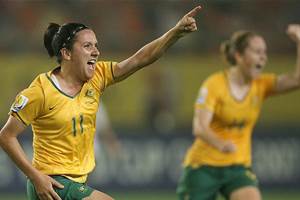 There are so many turning points in Matildas history that sometimes its hard to distinguish between those that really changed the national team's perception, and those that simply changed the players who were lucky enough to experience it. 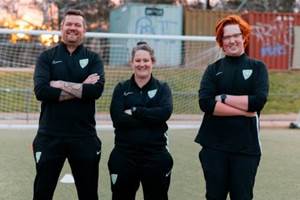