Emily Van Egmond has said it will be "super-special" if she becomes just the eighth Matilda to reach 100 appearances for Australia against Denmark on Friday.

The 27-year-old is on 99 caps leading into Friday's friendly against Denmark, and will become the third centurion in the squad alongside Clare Polkinghorne (126) and Elise Kellond-Knight (113) if she takes to the field at CASA Arena.

"Obviously it's been an unbelievable journey so far and to be able to potentially reach 100 caps coming up soon is something super-special," Van Egmond told AAP.

"Something that I'll obviously hold with me forever."

Van Egmond's milestone, while a special personal achievement, pales in comparison to her overall ambition of securing a spot in Australia's 18-player squad for next month's Olympics in Tokyo.

A member of the 2016 Olympic squad, Van Egmond says the Denmark clash and next week's match against Sweden are crucial to Australia's preparation for Tokyo.

Tony Gustavsson's squad for the matches has been boosted with over 400 matches of international experience with vice-captain Steph Catley, Ellie Carpenter, Tameka Yallop, Kyah Simon and Kellond-Knight coming in after missing April's games against Germany and Holland.

Van Egmond says the addition of so much experience and quality will only spark competition for the limited Olympic spots up for grabs.

"It's always red-hot. Everyone wants to represent their country at an Olympic Games," she said.

"It's something that's so special for an athlete.

"We're all here. We're all vying for spots and, at the end of the day, we all have that one goal in mind and that's to do the best we can in Tokyo."

Australia's match with Denmark kicks off at 2am AEST. 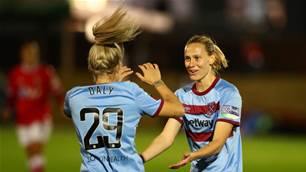 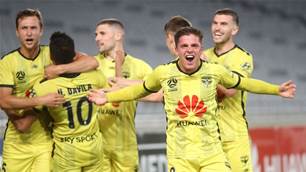